Former India player turned veteran commentator Aakash Chopra has said that he has lost count of the number of openers India used in the T20I cricket. With Rohit Sharma and Suryakumar Yadav sitting out, the Indian team opted to open with Shreyas Iyer and Ishan Kishan in the fifth and final T20I against the West Indies in Lauderhill on Sunday, August 7 as well. Shreyas scored 64 runs off 40 deliveries to help Team India register a stunning 88-run win.

While reviewing the game in a video shared on his YouTube channel, Aakash Chopra said: “Hardik was the captain here, Rohit Sharma was not playing and Ishan Kishan got an opportunity, which is also a good thing. Shreyas Iyer got a chance to open. I have now officially lost count of how many openers India have played in the last 12 months. This time Shreyas was opening with Ishan. Deepak Hooda came at No. 3 and Sanju Samson further down. Overall after hitting a lot, Shreyas Iyer’s fifty, India reached close to 190. Odean Smith got wickets but the West Indies bowling was extremely ordinary.”

It was quite surprising that the Indian team management chose Shreyas to bat at the top of the order. They also had the option to open with either Deepak Hooda or Sanju Samson, but they chose otherwise. While speaking about India’s defence of the 189-run target, Aakash Chopra praised Axar Patel and Kuldeep Yadav for their efforts with the ball as well.

“After that, Axar Patel came and picked up three wickets right at the start. He started the job from the first over itself. Then Kuldeep Yadav comes and he also does a very good job. Kuldeep again asks you to keep him in the scheme of things because he is a mighty bowler. He (Kuldeep) picked up three wickets and Ravi Bishnoi says that he will fill the remaining wickets in his bag and go. He picked up four wickets and West Indies were handed their fourth defeat in this series,” Aakash Chopra concluded. 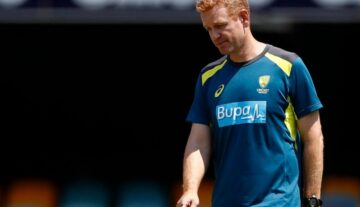