Former India opener turned famous commentator Aakash Chopra has predicted that the Rajasthan Royals (RR) might not make it to the IPL 2021 playoffs. But, he also stated that they could trouble other franchises including Royal Challengers Bangalore (RCB).

However, the Rajasthan Royals are currently placed fifth in the points table, with six points as well. RCB, on the other hand, placed at the third spot, with ten points after having a successful first half as well. In a video shared on his YouTube channel, Aakash Chopra opened up on this and warned the other franchises that they beat them out of the playoff race also.

He elaborated: “I think the Rajasthan Royals will remain in the bottom half, they might not qualify. If they don’t qualify, they will be the party poopers, they will spoil some people’s party. RCB beware because if there are chances of some team’s party getting spoiled, one Royal can do to the other.”

“The problem for the Rajasthan Royals is that there have been too many changes. Your main players have all gone – you don’t have Ben Stokes, Jofra Archer and Jos Buttler, who had scored a century. You have signed new players like Evin Lewis and Oshane Thomas, and Liam Livingstone is available. You have made the signings, you have got players but it’s not the same team, the team looks slightly different. It will be extremely necessary for Sanju Samson to bat well,” he further added.

He also added that the Rajasthan Royals can overcome their loopholes if they play together as a unit. However, they won’t have the service of their few key players and thus, the depth in their lineup will be missing. Amid this situation, youngsters like Yashasvi Jaiswal, Riyan Parag, Kartik Tyagi and Chetan Sakariya will get the chance to showcase their talents too.

“It will not be easy, you have changed your team totally after the halfway stage. There is no replacement for Jofra Archer in the entire world, how will you get it. There are a lot of problems but this team has shown that if you combine the five fingers, it becomes a fist,” Aakash Chopra concluded. 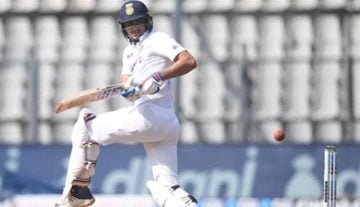