Former India opener turned veteran commentator Aakash Chopra has applauded Shreyas Iyer for keeping his ego aside and playing in any place as per the team’s need in the T20I series against Sri Lanka. Iyer scored an unbeaten 73 in 45 deliveries to help Team India chase down a 147-run target in the third T20I comfortably. However, it was his third consecutive unbeaten half-century of the T20I series as well. 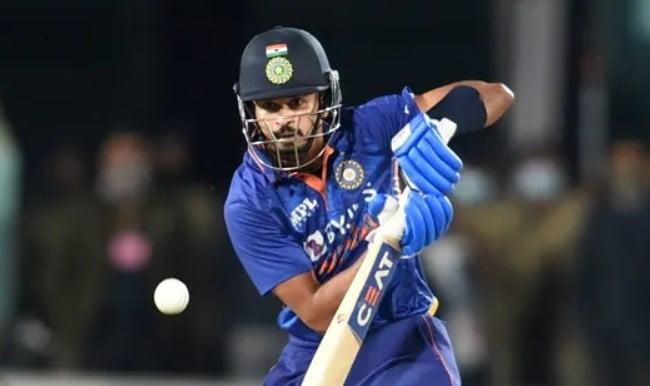 While reviewing the game in a video shared on his YouTube channel, Aakash Chopra named Shreyas Iyer as his Player of the Match. He elaborated: “My Player of the Match has to be Shreyas Iyer one more time. He takes the backseat if someone is hitting from the other end and dominates whenever required. The chances he is taking are also all calculated risks and is happy taking singles, there is no ego.”

Chopra explained: “He has been absolutely incredible. The way he is batting and the best thing I liked is that when you are in good form, you are your biggest enemy because along with the confidence, you are also taking the runs forward.”

However, Shreyas Iyer smashed 204 runs in the three-match T20I series without getting dismissed even once. Moreover, it was the most runs scored by an Indian cricketer in a three-match bilateral T20I series as well.

Aakash Chopra added: “You feel that you will hit every ball for a four – ‘I had hit the same bowler on the same pitch in the last match, let me just take a chance.’ But he is not doing that at all. He plays every ball on its merit. Playing on merit doesn’t mean that he is playing slowly. He is also showing that a good technique does not bind him but liberates him. We saw him playing with a different temperament in every match.”

Aakash Chopra concluded by saying that Shreyas Iyer’s outstanding performance will give a headache to the Indian selectors and team management considering they have Suryakumar Yadav, who has also been in great touch in the middle-order.