During a discussion on Star Sports, Chopra said: “It is a knock, it is not an MF Hussain painting, that it should look beautiful. Scoring runs is important, you get confidence by doing that. Ugly runs are actually very good runs. You have fought, you didn’t accept defeat. When you are struggling, you are fighting with your ego.”You know you are not in very great form but there are only two ways to fight, either you keep fighting or leave it and go, play a big shot and get out. Rohit Sharma is the captain, no one will question his position.”

Rohit Sharma struck four fours and three sixes during his innings, but he also struggled to time the ball on a slightly two-paced surface as well. Chopra added that an in-form Virat Kohli also struggled to force the pace in the initial stages of his innings as well. However, India will take on South Africa in their next match in Perth on Sunday, October 30. 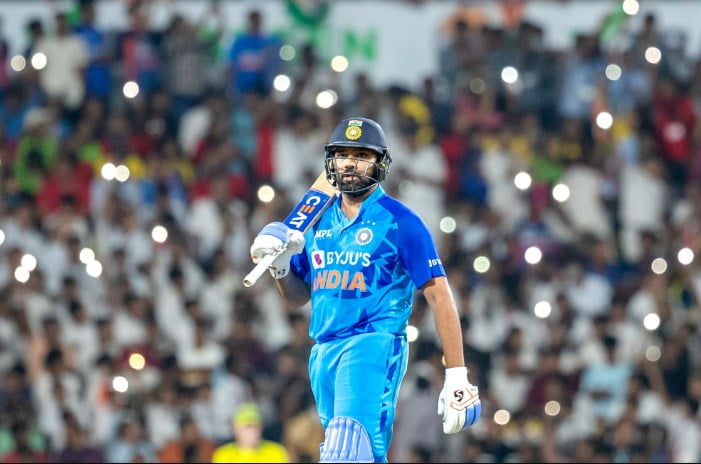 “He kept on fighting till the end, went after scoring a half-century. Let’s be honest, even 70 runs were not scored in the first 10 overs. If Rohit Sharma was struggling, Virat was along with him and even he was going at less than run-a-ball, even though he had played an amazing 82-run knock in the last match. So either the bowling was good or the conditions were such that both could not bat that well. But important runs, once he has scored them, he will get the form which will come extremely handy in Perth,” Aakash Chopra concluded.