Former Indian batsman Aakash Chopra has picked his number four that should bat for Team India in the upcoming T20 World Cup 2021, which will be played in the UAE and Oman. India’s middle-order conundrum has been much talked about in the past and it isn’t looking to get solved at the moment.

Shreyas Iyer had been batting at this position since the conclusion of the World Cup 2019 in England. However, he injured himself during the India-England series earlier this year, which gave youngsters to throw their hat in the ring. Suryakumar Yadav emerged as a potential middle-order batsman and will try to consolidate his position in the team.

Meanwhile, Aakash Chopra gave his views on who should bat at number four and believes it’s a tough call to take.

“This is a very very tough question whom you will like to pick. I am not in a position now, and I don’t think even the selectors are in a position to take that call,” Chopra said on his Youtube channel.

“If Rahul and Rohit open and Kohli plays at No.3, you play Hardik and Rishabh Pant at No.5 or No.6 or the other way around, then you have got Ravindra Jadeja followed by Washington Sundar. So, only one slot is left and that is No.4. So Shreyas or Suryakumar at No.4, it is a tough call.”

While Iyer is experienced to bat at this position, Chopra believes Suryakumar Yadav’s performance in the Sri Lanka series will determine how things will pan.

“You will tilt towards Shreyas Iyer only because he has the greater experience, he has already performed well in the ODI team and is also the captain of his team. If he does well in the IPL, you might just go with him, to begin with,” he added.

“It’s a lovely dilemma. I can’t pick a player at this point because both are good and have the ability to play better than run-a-ball and have the requisite experience of T20 cricket. So maybe just go by current form.”

India will take on Sri Lanka in three One-Day Internationals and as many T20Is starting from July 18. Earlier the series was scheduled to begin on July 13 but Covid cases in the Sri Lankan camp formed the series to be rescheduled. 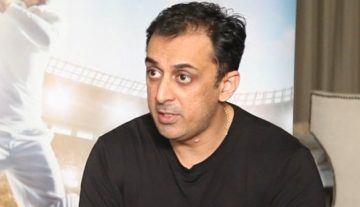