Former India opener turned veteran commentator Aakash Chopra has shared his predictions for the first ODI between Team India and South Africa. While the first match of the three-match ODI series will take place at Paarl on Wednesday, both sides will try to get off to a winning start and gain an early advantage in the series.

In a video shared on his YouTube channel, Aakash Chopra named Team India as the likely winners of the match. He said: “I am saying India will win the match. Indian openers will score more than the South African openers. And who will be the two openers? I feel Ruturaj Gaikwad will have to wait. Shikhar Dhawan will open along with KL Rahul and I don’t think Ruturaj Gaikwad will get an opportunity in the entire series. He will be once again with the team and will not get a chance to play.”

KL Rahul has confirmed in the pre-match press conference that he will open during the ODI series against the Proteas. Moreover, Shikhar Dhawan’s experience and excellent record in ODIs are likely to give him advantages over the other opener’s spot ahead of the youngster Ruturaj Gaikwad.

Moreover, Aakash Chopra feels Bhuvneshwar Kumar will be the most stingy Indian bowler as well.

“I feel Bhuvi [Bhuvneshwar Kumar] will be India’s most economical bowler. He will bowl with the new and the old ball, although there are chances of getting hit with the old ball, he will bowl in the death. But still, I feel he will bowl the best. Quinton de Kock and Temba Bavuma will together score more than 90 runs. Both are good players, they are the two best batters of this team. One is the captain and the other is class,” Aakash Chopra predicted.

He also stated that the absence of Hardik Pandya will be one of the challenges Team India will face. Notably, Pandya has been a key member of the Indian limited-overs side for the last few years. However, he has been facing injury concerns and is not part of the squad for the series.

“The first thing is to get the right balance. They need to get used to life without Hardik Pandya if he is not there. For that, they need to give a chance to Venkatesh Iyer. The second point, they need to pick up wickets with the new ball, which is something we generally don’t do both in T20Is and ODIs. That’s what the Indian team has to do one hundred percent because if you don’t do that, you will be stuck,” the veteran claimed again.

Aakash Chopra also added that finishing the innings has become an issue for India recently. He said that Virat Kohli and Shreyas Iyer has to bat deep into the innings to resolve the problem. 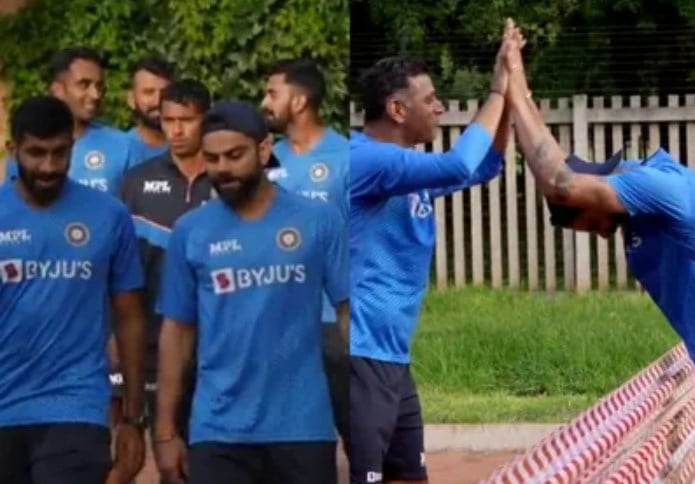 Meanwhile, Aakash Chopra also opened up on Team India’s selection dilemma while deciding on the number of batters. And, he chose Venkatesh Iyer in the playing XI

He explained: “There is a problem in the batting order, whether you should play five or six batters. This problem is not going to go. Rahul said in the press conference that they want to play Venkatesh Iyer as the sixth bowler, it means he will have to bat at No. 6 as well. If he bats at No. 6, some batter will have to miss out. Only one can play between Suryakumar Yadav and Shreyas Iyer. Shikhar Dhawan, KL Rahul, Virat Kohli, I think it will be Shreyas Iyer at No. 4, Pant at No. 5 and Venkatesh Iyer at No. 6.”

“You want to play five bowlers. I feel you should play both spinners, play both Ashwin and Chahal, then you will get a varied attack. If you play four fast bowlers with Venkatesh Iyer, the attack will become too one-dimensional. I understand your batting becomes a little weak because I don’t consider R Ashwin or Shardul Thakur an all-rounder in ODI cricket. Bhuvi and Bumrah will be my two choices. Along with them, maybe you will have to pick Shardul Thakur because Bhuvi and Deepak Chahar will become similar kinds of bowlers,” Aakash Chopra concluded.