Former India player turned veteran commentator Aakash Chopra believes that Team India should give Venkatesh Iyer a chance to roll his arm over and that will be one change they should make in the second T20I against New Zealand. Notably, the all-rounder has made his India debut in the first T20I and also batted at No.6.

However, he didn’t bowl, as Rohit Sharma bowled with his five specialist bowlers as well. While previewing the second T20I in a video shared on his YouTube channel, Aakash Chopra said that he wants to see Venkatesh Iyer as a dependable option for Hardik Pandya.

He elaborated: “The one change I want is that Venkatesh Iyer should be made to bowl. It is necessary to get him to bowl because we are not trying. We are searching for an alternative for Hardik Pandya, a pace-bowling all-rounder. An all-rounder can only be made when he does the all-round job, when he bats and does some bowling with that. The number at which we are making him bat, the batting will not come at all; nine out of ten times he will not get to play more than 10 balls if he bats at six. So get him to bowl – two, three and if possible even four.” 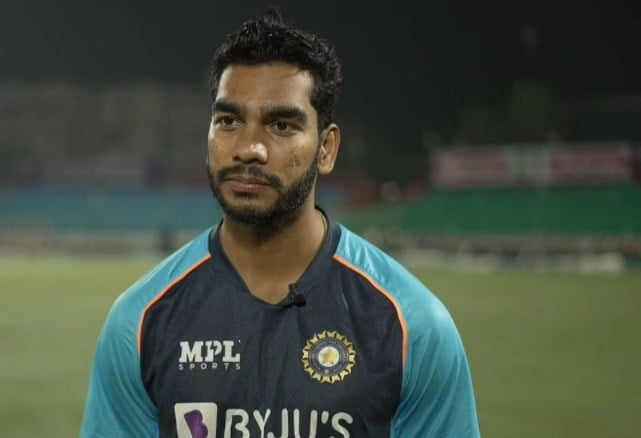 However, Venkatesh Iyer has already impressed everyone with his all-round abilities for the Kolkata Knight Riders in the second half of IPL 2021. With Pandya absent from the squad, there is a chance for him to seal his place in the team as well. However, he also believed Avesh Khan should get a chance ahead of Harshal Patel as Siraj’s replacement if he is ruled out of the game due to his injury.

“There is no scope of change if Siraj is not unfit, if his injury is not bad. I will definitely not make any change. But if he is unfit, one out of Avesh or Harshal will have to be played. I will be tempted to go towards Avesh Khan. I am going back on Harshal because when the dew will come, his slower ones might not grip the pitch. But I am absolutely fine if you want to go towards Harshal; he has taken a lot of wickets; he is the Purple Cap-holder,” Aakash Chopra concluded.