The Indian team under the leadership of Rohit Sharma will be commencing their Asia Cup 2018 campaign against Hong Kong on Tuesday and they would look to lay a marker for the rest of the tournament. Team India will miss the services of their regular skipper Virat Kohli, but the defending champions still looking strong on the paper while going into Asia’s biggest tournament.

After suffering a huge loss against Pakistan on Sunday, Hong Kong has got just one day to gather their thoughts before facing the No. 2 ODI team in the world with the hope of causing an upset. The chance of HK beating the men in blue are far less than one can imagine, but for them, their primary target should be showing some improvement as compared to the against Sarfraz Ahmed and his men. However, Rohit praised the qualifiers in press conferences and has maintained that all six teams were to be treated as equals.

For India, this game will provide a huge opportunity to try out their options for the troubled No. 4 and No. 6 positions, while also figuring out who is best suited to slot into Virat Kohli’s role at No. 3. They will be looking to go into the Super Fours with a bit of a settled middle order.

As far as the team news is concerned, Jasprit Bumrah is expected to get another day off after having joined the rest of the team on Sunday night itself, along with the other players that were in England for the full tour. Rohit Sharma talked up left-arm pacer Khaleel Ahmed, who might just get a go. Hong Kong appeared to struggle against the extra pace and bounce from Usman Khan, and might be vulnerable against Khaleel too.

Kedar Jadhav is a prime candidate for No. 6, considering he has done a decent job in that position and that he could be the sixth bowling option for India. Interestingly, Ambati Rayudu was seen rolling his arm over with some gentle off-spin too. If he’s considered to bowl a few overs, then there could be room for Dinesh Karthik to slot in at 6. Karthik was one of the first few to get a thorough nets session on Monday.

Here is the predicted XI for India in their tournament opener against Hong Kong: 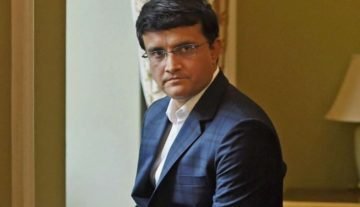