The first Test between India and Australia is scheduled to be commencing at the Adelaide Oval on Thursday. As the Australian summer of cricket slowly moves into gear, the much-awaited Test series between India and Australia is all set to kick off from Thursday. Ahead of the Test series, India registered a dominating win in the T20Is against Australia despite resting their premier pacers Jasprit Bumrah and Mohammed Shami.

However, the five-day format will bring up different challenges, especially with the first match being India’s second-ever pink-ball Test. However, Australia, who has a great record in pink-ball Tests, has a few concerns of their own, as the likes of David Warner and Will Pucovski are out injured.

With concerns at the top of their order, the Australians will find it difficult to have a dominating effect on the tourists, at least on paper. Nevertheless, their coveted bowling attack led by Pat Cummins will be expected to play a crucial role as the hosts look to strike the first blow in the series.

ALSO READ: India Finalizes The Playing XI For The Pink-ball Test Against Australia

While both teams have batting woes to take care of ahead of this series, the two bowling heavy-weights are expected to hog the limelight for most of this Test. With some of the best Test players from either side taking to the field on Thursday, a riveting contest at the Adelaide Oval could be on the cards.

Matthew Wade seems to be a better pick as he has been known for making a strong comeback and he will be much more effective on pitches in Australia. However, for India, Wriddhiman Saha will be keeping the wickets as he is known for playing match-winning knocks, but in order to maintain the balance of the Fantasy XI, Wade seems the better pick.

Cheteshwar Pujara, Virat Kohli, Marnus Labuschagne, and Steve Smith have always been the prime contenders for fantasy cricket. Even, Travis Head also is added in fantasy cricket and that will depend on the balance of the squad. Apart from them, there are some useful batsmen in the line-ups as well, like Mayank Agarwal, and Ajinkya Rahane.

There are some really reliable all-rounders in both the teams but citing the pitch in Adelaide, Hanuma Vihari, and Cameron Green seems to be the perfect fit. Apart from them, the good all-rounder for fantasy cricket is Moises Henriques.

Both the teams don’t have decent bowling line-ups but they don’t have practiced a lot. Bowlers like  Pat Cummins, Mitchell Starc, Mohammed Shami, and Jasprit Bumrah become the obvious choices for the Fantasy XI on the sticky track of Adelaide. Apart from them, some crucial bowlers can be like, Umesh Yadav, Josh Hazlewood, and Nathan Lyon. 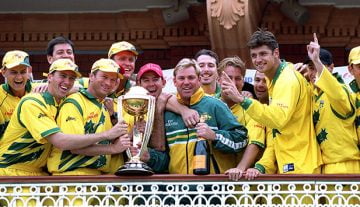