The second Test between India and Australia is scheduled to be commencing at the Melbourne Cricket Ground, on Saturday. Ahead of the iconic Boxing Day Test, the Aussies are riding high on confidence after a dominating win in Adelaide. Despite conceding a sizeable lead after their first innings, Australia came back strong with a dream bowling performance to clinch the pink-ball Test.

However, there is still room for improvement for the hosts, with Tim Paine finally getting some runs under his belt in the previous game, the Aussies would ideally fancy their chances of winning this game as well. The visiting team would be disappointed after their horror show in the second innings in Adelaide. Adding to their woes, captain Virat Kohli and Mohammed Shami won’t be available for the rest of the series.

India has a few options to consider with Shubman Gill expected to make his Test debut. With Ravindra Jadeja and KL Rahul also expected to make a comeback, India will like to have an optimistic approach to the game. While both teams have their concerns in terms of injuries, the Australians look a more balanced team with their pace trio of Starc, Hazlewood and Cummins in fine form.

Matthew Wade seems to be a better pick as he has been known for making a strong comeback and he will be much more effective on pitches in Australia. However, for India, Rishabh Pant will be keeping the wickets as he is known for playing match-winning knocks, but in order to maintain the balance of the Fantasy XI, Wade seems the better pick.

Cheteshwar Pujara, Ajinkya Rahane, Marnus Labuschagne, and Steve Smith have always been the prime contenders for fantasy cricket. Even, Travis Head also is added in fantasy cricket and that will depend on the balance of the squad. Apart from them, there are some useful batsmen in the line-ups as well, like Mayank Agarwal, and Joe Burns.

There are some really reliable all-rounders in both the teams but citing the pitch in Melbourne, Hanuma Vihari, and Cameron Green seems to be the perfect fit. Apart from them, the good all-rounder for fantasy cricket is Moises Henriques.

Both the teams don’t have decent bowling line-ups but they don’t have practiced a lot. Bowlers like  Pat Cummins, Mitchell Starc, Umesh Yadav, and Jasprit Bumrah become the obvious choices for the Fantasy XI on the sticky track of Melbourne. Apart from them, some crucial bowlers can be like, Mohammed Siraj, Josh Hazlewood, and Nathan Lyon. 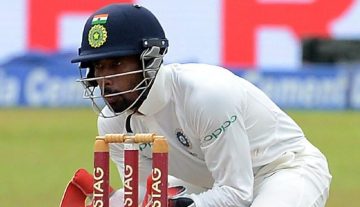