Accoridng to the latest reports the Indian Premier League (IPL) 2021 will be expected to restart from September 19 in the AUE.  The Board of Control for Cricket in India (BCCI) had confirmed a couple of days ago, after its Special General Meeting (SGM), that the remaining 31 matches of the IPL will be played in the UAE. Moreover, some of the reports have also suggested that allowing crowds isn’t a major concern for the Emirates Cricket Board (ECB) and the BCCI unless for an intervention from the local government.

The UAE government policy is to allow vaccinated fans for sporting events. As per the quotes in Cricbuzz, an ECB official informed, “The vaccinated fans can be allowed up to 50 percent of the [stadium] capacity.”

Meanwhile, the top BCCI officials have left for Dubai to finalize the required arrangements with the UAE government and the ECB. With the travel restrictions due to the pandemic, the ECB managed to churn out special permission for the landing of the BCCI delegation including president Sourav Ganguly, secretary Jay Shah, treasurer Arun Singh Dhumal, vice-president Rajeev Shukla, and joint secretary Jayesh George.

The purpose of the visit seems to solve and finalize logistical and operational requirements. There could be discussions over the concessional price of hotels that are reported to have been asked for a huge amount.

However, the ECB officials are confident of pulling off the 31 matches of IPL 2021 given their experience of hosting a full tournament comprising 60 matches last year. Moreover, they’ve also got close to 100 days to make the preparations for the tournament.

Having said that, the ECB is understood to have been worried about hosting the ICC T20 World Cup. Currently, India is the host, but UAE has been kept as a backup venue due to the upsurge in COVID cases. A lot of cricket is set to be played in the UAE starting from June with PSL set to resume in Abu Dhabi (20 matches as of now). 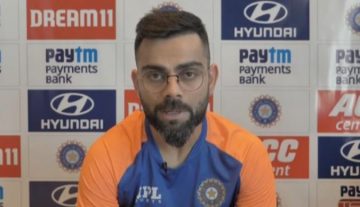