Jasprit Bumrah has been one of the key bowlers for India across formats in the international circuit for the past few years. Ever since he made his international debut in January 2016, he has hardly taken time to be the number 1 bowler.

However, he is currently out of the action as he is recovering from a stress fracture in his lower back. Bharat Arun, India’s bowling coach, recently revealed that Jasprit Bumrah doesn’t not need surgery now and his recovery is going well and expects him to return to the side ahead of their “next big challenge” – away Test series in New Zealand.

“Fast bowling is an unnatural activity. Despite our best efforts there can be no guarantees. We expect Bumrah to be back sooner than later, hopefully in time for the New Zealand Test series that is our next big challenge. As of now, he doesn’t need surgery,” Arun was quoted as saying by The Hindu.

Team India performed exceptionally well at home, against South Africa and registered their first-ever clean sweep over South Africa in the longer format of the game. Mohammed Shami and Umesh Yadav did wonderfully well in the whole series as they picked up 13 and 11 wickets respectively.

India’s tour of New Zealand will begin in January 24 next year, where they will play five T20Is, three ODIs and two Tests. The Test series will be played after the end of the limited-over series. 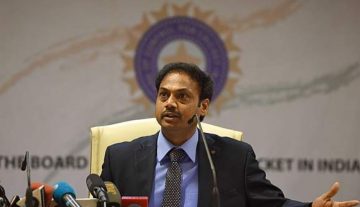