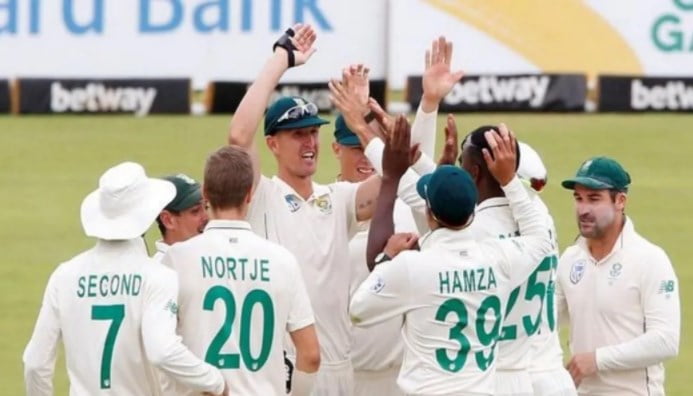 “I am sure he will win an ICC trophy. He is too much of an experienced player that a series defeat will do anything wrong to him. He has given a lot to cricket. I think he will probably talk to teammates and reassess the series that – what he can do and what he cannot. I seriously think India missed out on a big opportunity to win their maiden Test series in South Africa. I think Virat and his men will look back and will have some level of regret. The opportunity was there for them but they failed to take it,” Dippenaar said to TimesofIndia.com. “We will probably still see a new era of Virat Kohli post captaincy in the Indian cricketing colours. In the twilight of his career, he will be much better than before, if he doesn’t have the burden of captaincy.”

However, Team India were firm favourites ahead of the series and they started with a victory too in the Centurion. South Africa bounced back and won the rest two games and won the series as well.

“It’s an incredible victory for South Africa because we know how they started the series, how their players’ forms were. I think very few people touted South Africa as the winners ahead of the series. Even I myself thought that India would win the series. India had the chance to win their maiden Test series in South Africa, but they missed out on the opportunity. But credit goes to South Africa. South African players showed more character than the Indian team. This was the major difference between the two teams,” Boeta Dippenaar further stated.

He continued: “The animosity in the (South African) board room certainly helped to unify the team to say – we are on our own, we need to stand together and support each other. This helped this largely inexperienced team to overcome a very good and experienced Indian team.”

“India’s batting was problematic. Indian batsmen weren’t consistent. It also takes great skills to bowl on a South African wicket. Because the SA wickets are more helpful to the bowlers. You need to force a batsman to play forward and towards the mid-off area. Indian bowlers were bowling either too full or too short and weren’t consistent with their lengths. If you watch Kagiso Rabada, he managed to hit that line and length regularly and better than Indian bowlers. Keegan Peterson was awesome. He managed to tackle the Indian pace bravely,” he explained.

“There are always some decisions we feel should have gone the other way, should have been different. The passion Virat shows us about the game and his team. And we love to see that. He adds spice to the game and people love his energy. He shows a fine balance between his emotion, passion and going overboard. This is the key part,” the veteran shared.

“I am not convinced that DRS is 100 percent accurate. I have seen one or two deliveries where the ball pitched with an impact with the pad and then the subsequent tracking just didn’t make sense (with) the angle with which the ball proceeded. So, it is always difficult to say. We live in an imperfect world. In my opinion, as a whole, DRS has certainly improved with decision making. They are not giving blatantly wrong decisions that we saw in the past,” Boeta Dippenaar concluded.