Australian batsman David Warner smashed his maiden triple-century (335*) runs and broke a couple of records when Tim Paine declared. However, the way he was scoring it wasn’t hard for him to surpass the legend Brian Lara who had scored 400-run. Warner was, of course, unaware of the record.

“I was hoping they might catch me and get me (out) there and that was one of the reasons I was hoping they might have let him go for it,” Lara told News Corp. “It would have been amazing to walk out there (as Sobers did). Records are made to be broken. It’s great when they are broken by attacking players. Entertainers. Being in Adelaide I would have got an opportunity to if not walk out at least meet him at this opportune time.”

Brian Lara further added that David Warner being the attacking player that he is, will surely get more opportunities to break his 400-run barrier.

“I still think Warner may have time to do it in his career. I know he is not a spring chicken but as soon as you get that 300 you know how to get 400. He may get another shot at it. He is a very attacking player and that is the sort of player who can always set you up for a win. I know you need stabilizers but you also need one or two players like David Warner and Sir Vivian Richards who can take the game with their bats,” he added.

Lara also talked about Australia’s decision to declare as well.

“It was a great innings. I can see that Australia winning the match was the major thing and the weather was a big factor but I would have loved to have seen Australia go for it. Being here I would have loved to see it. Even if they say ‘hey David, you have got 12 overs, see if you could do it by tea time’ It would have been great. They were justified by picking up six wickets last night and you can see today things are slower so the declaration came at the right time,” Warner said.

“But after passing Sir Donald Bradman I would have loved to see him race towards me. I was getting dressed to come back near the end of his innings. I was listening to commentators say whether he would have a go at Matthew Hayden’s 380 but I felt if he got to 381 he would have to have a go at my record,” said Brian Lara. 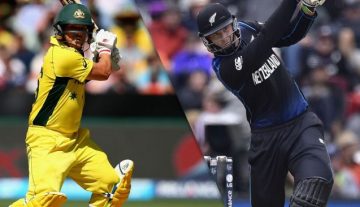