Cricket South Africa (CSA)  director of cricket Graeme Smith commented that the cricketing association’s management is still thinking about candidates who will take over the responsibility of the national team’s Test captaincy and be the successor of Faf du Plessis.

Faf Du Plessis had decided to step down as the captain of the South African cricket team after the team suffered from three straight series defeats. What’s poorer about it is that South Africa lost two of those series at home. Faf was also replaced as the limited-overs captain following a dismissal performance in the ODI World Cup last year.

The CSA management has also expressed interest in appointing a new person who will help the selectors and also be involved with the U-19.

ALSO READ: Umar Akmal has to decide his own fate, says Misbah-ul-Haq

“We haven’t made any decisions around the Test captaincy. It hasn’t been a discussion point. We’ll be advertising the convener of selectors role and we’re busy sorting that out. Once that advert is out, we’ll take things from there,” Smith said.

He added, “We’ll also be advertising the Under-19 positions and that’s the process we’re busy with. We’re drawing up those positions but that’s not stopping any of the current incumbents from applying.”

It is expected that Quinton de Kock is the candidate leading the race and after performing well as the caption of the South African team in the limited-overs. The Wicketkeeper-batsman took on the responsibility after the CSA management decided to change captains after the 2019 World Cup. Nothing is official yet.

“My expectations in regards to Quinton are on the tactical side. He’s had some challenges and we’ve introduced a number of players with opportunities being given, so that’s never easy,” Smith mentioned.

“As the captain, you have to bring them together, check their strengths and weaknesses while trying to get the best out of them,” Smith said. “He maintained his own personal performance, which was important, and connected well with the players. Having been a young and inexperienced captain, it’s about opening your mind and growing through the different challenges the job brings.”

Smith said that the CSA is happy with De Kock and his performances after the wicketkeeper was appointed T20I captain last year. “I’ve been happy with how Quinton coped through the summer. There are areas where he’ll want and need to improve.” 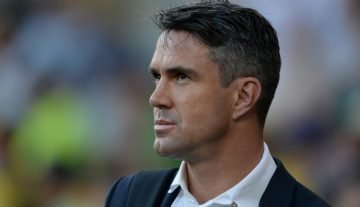