The Indian fast bowler, Deepak Chahar has been ruled out of the ongoing three-match ODI series against the West Indies due to some pain in his lower back. However, the Indian selection committee has announced Navdeep Saini as the replacement for the injured Chahar for the third and the final ODI scheduled to be played at the Barabati Stadium in Cuttack on Sunday.

In the press release regarding the same, BCCI stated, “Deepak felt mild pain in his lower back following the second ODI played in Vizag on Wednesday. The BCCI medical team examined him and has suggested that the fast bowler needs some rest in order to fully recover. He has thus been ruled out of the final ODI.”

In the first two ODIs, Chahar looked a bit off-color as well as he scalped just one wicket in the first game and bowled at an economy of 5.41. However, in the T20I series, he had scalped 3 wickets but bowled at an economy of 9.65. On the other hand, Saini’s last international match was the T20I game against West Indies in Guyana earlier this year.

Saini made his international debut this year itself in the T20I series in the Caribbean Islands in August and he was the highest wicket-taker of the series as he scalped 5 wickets in three games and bowled at an economy rate of 9.

Currently, the ODI series is leveled at 1-1 as India won the second game by 107 runs and the visitors had defeated the men in blue in the first ODI by 8 wickets. 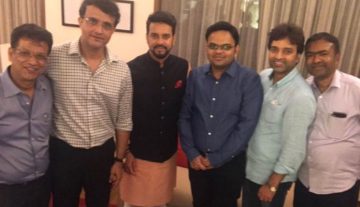