Veteran Team India wicketkeeper-batsman Dinesh Karthik has backed veteran off-spinner Ravichandran Ashwin to do well in the final innings of India’s first Test against South Africa in Centurion. Karthik again shared that Ashwin failed to take wickets in the first innings because he was more defensive and it’s only a matter of one wicket for him to get back in his form.

Like Day 1, the third day was also of pace bowlers. While Team India restricted South Africa for 197, Ashwin bowled 13 overs but didn’t have an aggressive attitude.

On the show ‘Cricbuzz Chatter’, Karthik said: “Oh definitely, a lot more than he did in the first innings, for a start. Obviously, in the first innings, the situation he bowled in was very different. It was more like they had picked up the wickets, they needed to give a break to the faster bowlers so he bowled to very defensive fields. I think if he gets one wicket it’s a different Ashwin that you’ll see with the people there in the short leg and silly point, putting the pressure. And if the cracks do open up, with Marco Jansen again coming back to the bowl and creating the rough. So Ashwin will be far more in the game.”

He again added: “But I don’t see him picking more than 1-2 wickets and I say that because I feel that majority of the wickets need to be picked by the four fast bowlers… At this point, Ashwin will play the holding role but I still see him picking a wicket or two in the second innings.”

While Ashwin went wicketless, fast-bowler Mohammed Shami claimed a five-wicket haul. With this, he picked up his sixth five-wicket haul in Test cricket and also reached 200 Test wickets as well.

Speaking in the same interaction, Shaun Pollock said: “I just thought the lengths I have seen Shami bowl over the years, the fact that maybe he is not as tall as some of the other bowlers, and he’s a little bit more skiddy, meant that he was going to be hitting those areas more often… He’s not a massive mover of the ball so he always seems like he’s in and around that off-stump, and it’s not shaping away or doing too much and that’s what makes him such a difficult customer to deal with. I really think he understands the game better now than ever. That’s why I just knew he was going to be a handful.” 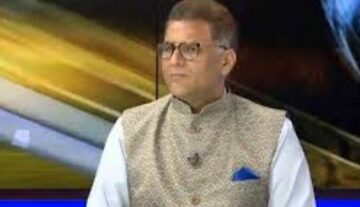