Former New Zealand captain Daniel Vettori said that Royal Challengers Bangalore (RCB) player Dinesh Karthik looked in a rush during the first few balls of his innings. He also added that sometimes this adrenaline rush cost him his wicket too. However, his comments came as he got run out against the Rajasthan Royals (RR) in Pune on Tuesday where he was involved in a mix-up with Shahbaz Ahmed and was found short of his crease at the non-striker’s end too as well.

While stating that Ahmed was at fault for calling for the run and then sending Karthik back, Vettori also added that Karthik could have made a better effort to return to the crease.

While discussing the dismissal, he told ESPNcricinfo: “There have been players like that in the history of cricket, they just never seem to improve their running. DK’s in a sort of rush in those first 10 balls to get things going, to get busy. He wants to take his partner along for the ride and sometimes the partner is not on the same wavelength. I don’t actually think it was his fault in this particular case. It was his fault that he didn’t show the energy to get back into the crease. But Shahbaz sold him a dummy.”

Meanwhile, former West Indies fast bowler Ian Bishop has described the run out as a curious moment since Yuzvendra Chahal could fail in the chance by fumbling the ball while Dinesh Karthik did not make enough effort to get back into the crease as well. 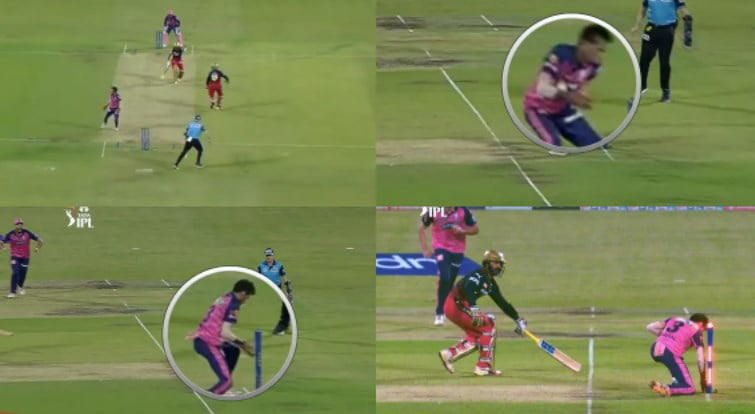 He explained: “Dinesh Karthik had given up the ghost. He should have been pushing harder to get back. But it was quite a curious moment. Chahal had an opportunity for a run out had he been near the stumps and had they thrown to him, which neither happened. It was a very poor acceptance of the throw from Chahal. He was lucky that he was able to gather himself and run out Karthik.”

However, his dismissal saw RCB reduce to 72 for six while chasing 145 and they eventually got out for 115, losing their second game on a trot in IPL 2022.

“RCB will be hurt more as this doesn’t reward a good bowling performance. Their bowling unit stood up. They were fantastic and disciplined. To get a performance like that from the batters really hurts the team,” Daniel Vettori concluded.