The third Test between India and England is scheduled to be commencing on Wednesday at Headingley in Leeds. Team India registered a stunning win in the previous Test by 151 runs to take a 1-0 lead in the five-match series. Although Virat Kohli and his men will eye another big win to take an unassailable 2-0 lead in the series, however, England will look to bounce back in emphatic fashion in what promises to be a cracking game of cricket in Leeds.

India’s fantastic win at Lord’s against England in the 2nd Test was well constructed by the Indian pacers and apart from that Ajinkya Rahane-Cheteshwar Pujara and Jasprit Bumrah-Mohammed Shami’s partnerships were the cause of India’s win with the bat. For the hosts, pacer Mark Wood will be missing the third Test and it would be interesting to see who will replace in England playing 11.

England skipper Joe Root said the addition of Dawid Malan will be a huge boost for their top-order and, hopefully, it will result in a good outcome in the third Test. Many new faces are expected to be included in the playing XI for the hosts but for India question remains whether the visitors will like to tinker with the winning combination or go with the same set of players in the third Test.

England will be making a couple of changes to their line-up from Lord’s following Dom Sibley’s axing and Mark Wood’s injury. Dawid Malan will replace Sibley, with Haseeb Hameed moving up to open. In replacing Wood, England will be expected to choose between the extra pace of Saqib Mahmood or the seam and swing – and extra batting – of Craig Overton. The latter will be expected t get the nod at this stage.

Ravichandran Ashwin might have to warm the bench for another Test match. India is unlikely to make any changes to their winning combination, as Kohli admitted in the lead-up to this Test, but the India captain also said that a dry pitch does bring Ashwin into play. 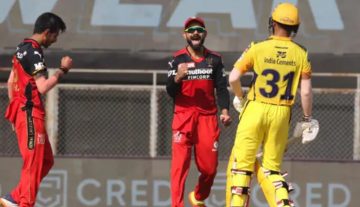