Given the popularity of cricket in India, it’s perhaps unsurprising to learn that several modern-day video games focus on the country’s most successful stars. From M.S. Dhoni to Virat Kohli, all-time greats of the sport continue to be the cover stars for cricket video games. So, let’s take a look at some of the titles that are inspired by real-life Indian cricketers.

Because of his reputation, Dhoni is at the forefront of more than one Indian-based cricket game. In addition to featuring in the Chennai Super Kings Battle of Chepauk 2, Hungama Games center their newly-released title around the World Cup-winning captain. The game is based on the 2016 movie, M.S. Dhoni: The Untold Story. The free-to-play development allows players to become Dhoni at some of the most significant parts of his cricketing career.

Regarding India’s gaming industry, Dhoni’s impact can’t be understated. Through being the cover star for numerous mobile developments, he’s somewhat aided the market’s growth within the country. In helping to take cricket to modern-day, digital audiences, the 39-year-old has enabled the sport to benefit from India’s new love of gaming. Now, sports titles share a similar appeal to many of the casino games at genesiscasino.com/en-in. The operator features an array of mainstream casino developments, such as live blackjack and roulette, along with hosting traditional Indian alternatives, including Andar Bahar and Teen Patti.

Although not centered on one specific player, the Chennai Super Kings Battle of Chepauk focuses on an array of Indian players. However, the game is still led by Dhoni, who has long been the franchise’s real-world captain. Along with the 39-year-old, mobile gamers can also play as some of the Super Kings’ other well-known stars, such as Dwayne Bravo and Suresh Raina. Crucially, the title possesses official licenses for the Super Kings, making it a must-play creation for all IPL spectators.

Regarded by many as being the best Indian cricketer of all-time, Sachin Tendulkar is also the face of his own mobile game. Because of his reputation, the title – which has received 14 million downloads – lets players become the master. Impressively, Sachin Saga Cricket Champions became the world’s premiere 3D mobile cricket creation upon its release, as per freepressjournal.in/. From a gameplay standpoint, users have to battle with changing weather conditions throughout different stadiums as they re-live 108 cricket matches.

Since being released in 2018, Bhuvneshwar Kumar: Official Cricket Game has been successful across mobile platforms. According to its page at the Google Play Store, the GameGirl production has been downloaded over 100,000 times.

The title allows players to step into the shoes of Kumar in his pursuit of clinching the Indian Premier League. Within the player-inspired game, numerous bowling actions have been integrated in an attempt to replicate the fast-medium bowler’s all-action style, including cutter, out-swinger, and knuckleball.

Virat Cricket Challenge hit the mobile market several years ago. Created by Nazara Games, the current Indian captain is a playable character within the development, while the aesthetic adopts a 2D approach. The title itself features a stripped-back control system, allowing users to enjoy fast-paced action in both a tournament and objective mode as per cricketcountry.com/.

There’s Something for Everyone

Irrespective of whether you’re a fan of batting or bowling, there’s an Indian-based cricket game on the market to suit everybody’s tastes. Given the rich history of the country’s cricketing scene, it’s somewhat predictable that their star players have become leading figures in the sport’s gaming developments, but has certainly been well-received. 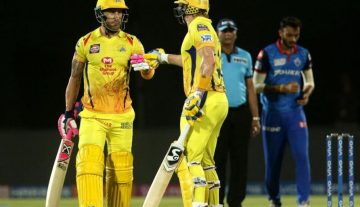