Veteran ICC umpire Rudi Koertzen has died aged 73 in a car crash near Riversdale, a town which is in the Western Cape province of South Africa as well. A famous figure in the game with his unique slow-motion style of giving a batter out, he officiated in 127 Tests, 108 of which he stood as one of the two on-field umpires as well. Moreover, he is one of only three umpires to have officiated in over 100 Test matches. He also officiated in 250 ODIs, 19 T20Is and 1 WT20I in a career spanning 18 years as well. 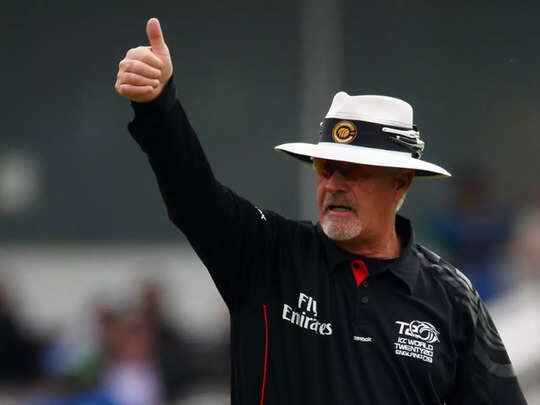 He made his umpiring debut on the international circuit during India’s tour of South Africa way back in 1992. He became a full-time umpire with the ICC in 1997 and was also elevated to the elite panel in 2002 too.

It is also noteworthy that, Rudi Koertzen was among the five officials who were suspended for the inaugural T20 World Cup later that year in his home country as well. Koertzen, however, bowed out of umpiring duties in 2010, at the age of 61. His final assignment was the Leeds Test match between Pakistan and Australia as well.

And enquired about it from me. I gifted him and he was so grateful . A gentleman and a very wonderful person. Will miss you Rudi. Om Shanti pic.twitter.com/gdSHGOoYg8

Meanwhile, former India batter Virender Sehwag was among those players to pay his condolences to him. “Vale Rudi Koertzen ! Om Shanti. Condolences to his family. Had a great relation with him. Whenever I used to play a rash shot, he used to scold me saying, “Play sensibly, I want to watch your batting. One he wanted to buy a particular brand of cricket pads for his son,” tweeted Sehwag.

“And enquired about it from me. I gifted him and he was so grateful . A gentleman and a very wonderful person. Will miss you Rudi. Om Shanti,” he further added.