Australia’s stand-in captain Steve Smith has opined on their convincing win over England in the second Ashes Test. He also stated that he would “love to” see a 5-0 series whitewash but for now, he is happy with the way his bowlers did well during the game in Adelaide.

However, they didn’t have the service of Pat Cummins and Josh Hazlewood – their two best bowlers as well. Smith, however, said that it was nice to “get the job done” and applauded Mitchell Starc, who led the team from the front as well.

“Led by Mitchell Starc, I think that’s the best I’ve seen him bowl in a while,” Smith said. “He summed up the conditions really well, he realised it wasn’t swinging and was just able to hit a really nice line and length and did it all game. Thought he bowled exceptionally well and led the attack. Really pleased for him and the rest of the bowling group.”

Meanwhile, Starc got support from Michael Neser, Jhye Richardson, and Cameron Green who’s still trying to find his feet as an all-rounder as well. Mitchell Starc, who was going through a rough patch, was under a bit of pressure too but he stood up at the right moment with the pink ball. Starc, however, finished with six wickets in the match.

“The guys who came in, Michael Neser and Jhye, did terrific jobs and bowled exceptionally well as a group. He (Starc) is a class bowler, he has been for a long time. His strike rate is up there with some of the best who have played Test cricket. I just really liked the way he went about his business this week. He took complete control, he was bowling such beautiful line and length, taking the ball across the right-hander and bowling really nicely to lefties. He did a terrific job and created chances throughout the whole match, just continuing his pink-ball form,” Steve Smith said. 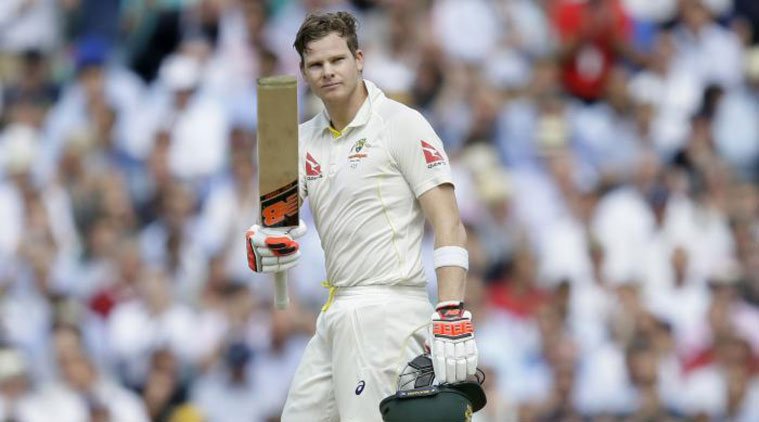 “Think we have quite a few fast bowlers coming through. Scott Boland who I think is a quality bowler and Mark Steketee has been around this group. We’ve got a really strong core of fast bowlers who can do the job whenever they are called upon. Think the way Jhye adapted throughout this match was really pleasing. First innings we made a concerted effort to pitch the ball a little fuller and we went for quite a few runs but I wasn’t disappointed with that, we were still a long way in front and tried to bowl a lot fuller than England perhaps did. In the second innings, he wanted to work his way up in terms of length … he’s a thinker and he’s got good control of his skills. Nice to have not just Jhye but that whole group of fast bowlers,” the stand-in captain again shared.

However, Smith also said he sympathizes with England captain, Joe Root, who has faced criticism after 2-0 defeat in the ongoing Ashes series Down Under, for which plans were there for at least two years.

“It’s tough captaining a team when you’re not winning games of cricket, simple as that. There’s always going to be critics out there that are going to critique your performance as a captain. So I think for him, I guess the best advice I could say is just trust yourself, back yourself and do everything you can to help your team grow and be as successful as you can be. Sometimes as a captain, you get outplayed by the opposition, and there’s not a great deal you can do. But yeah, just reflecting and seeing what you can do better or how you can improve is always important. And I think that’s part of being a player or a leader. I think we’ve always got to strive to be better and improve. So yeah, I guess the best advice I could give, I suppose,” Steve Smith concluded.