Former Royal Challengers Bangalore (RCB) player AB de Villiers was highly impressed with Dinesh Karthik this season. However, RCB has been doing well this season, and so did Karthik. And, earlier it was AB de Villiers who used to play the role for RCB. And, Karthik has proved to be an ideal replacement in the role as well. In just seven games, he has scored 210 runs at a mind-boggling average of 210 and a fantastic strike rate of 205.88 as well.

Speaking on the YouTube channel ‘VUSport Streaming’, here’s what AB de Villiers said: “(On Dinesh Karthik) I think he has won 2-3 games for RCB already and he is in the form of his life. I don’t know where that comes from because he hasn’t played a lot of cricket. But he played all around the wicket, 360 degrees and it almost makes me feel like I want to go back and play cricket again.”

AB de Villiers also added: “He gets me excited. He bats under a lot of pressure in the middle-order. He has a lot of experience. If he keeps his form, RCB have a good chance of going a long way here.” 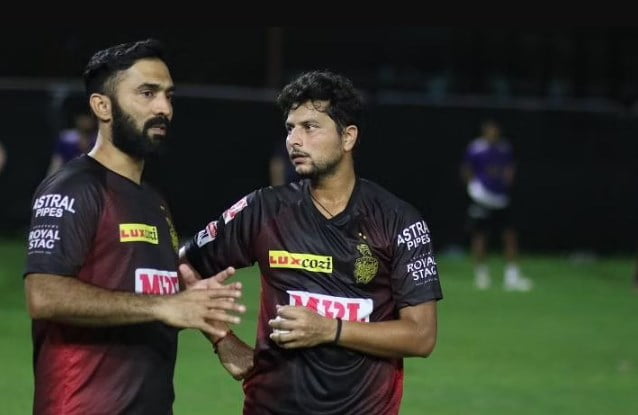 AB de Villiers further stated: “I am incredibly surprised. I didn’t expect it. I have always known he is a very capable player and likes high-pressure situations. But he hasn’t played a lot of cricket. I remember before the last IPL he was commentating in the UK. He didn’t play a lot of domestic cricket. So I thought he is possibly at the end of his career, finishing up. But when a player brings that hunger and passion, he becomes dangerous.”