Umesh Yadav certainly knew that the chances are not easy to come as India have a strong pace attack now. Even he says it was difficult to deal with the negativity and boredom that follows after being dropped. He was axed from India’s Test squad before the home series against South Africa but got lucky as the mainstream pacer Jasprit Bumrah got injured and he replaced him in the squad. He utilized the chance pretty well as he picked up 11 scalps in two Tests against South Africa and 12 wickets against Bangladesh recently.

“It becomes boring if you sit out and then certain thoughts that you don’t want creep in to your system. Why I am not playing? What’s happening? It becomes difficult to keep yourself positive, train hard and keep yourself ready,” he explained while speaking to PTI “I knew my chance will come if I am fit since there are so many matches in the calendar. You need to wait since pace unit was doing really well.”

Yadav said he fits in the squad quite effortlessly and workload management also plans to ensure that each one of the pacers gets an equal amount of opportunities to bowl.

“All four of us are now at a level where you can’t predict which three will play at one point in time. It’s because of healthy competition. I believe it’s a great thing that we are being rotated and played, because of which our longevity has increased and we are producing more match-winning performances,” he said.

“Whoever does well will be a part of the team. Important is to remain grab your chances with both hands as and when you get them. When I see Bumrah, Ishant and Shami, I try to learn from them. The learning never stops,” he added.

Umesh Yadav has been dangerous in home conditions but his form outside the country has been poor since long. He also shared his views on that.

“Usually the conditions where you play more, you get an idea of those conditions and you start executing plans well. Yes, I agree a perception grows that this particular bowler is good in Indian or may be Asian conditions,” he shared.

“But then if you play more in English conditions, you will do well there. Outside sub-continent, I have played very less matches in England, New Zealand and South Africa. The only place where I have played a few Tests is Australia. So may be that has led to this perception since less games means lesser number of wickets,” Umesh Yadav expressed. 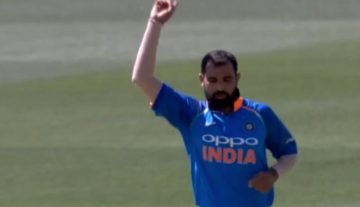