A rivalry in cricket is very common since long. However, recently, former Pakistan speedster Shaib Akhtar shared a thought about former Indian captain Virat Kohli. While Akhtar was known for his lethal speed and accurate line and length, Kohli is considered as one of the best batsmen across formats in recent times.

However, they shared a very less time on the field but what would have happened if Virat Kohli would be up against Akhter? The former India captain had shared his thoughts on the same five years back and Shoaib Akhtarreplied that on Saturday.  In 2010, in Dambulla, in Sri Lanka in the Asia Cup, Akhtar and Kohli featured in the India-Pakistan game. However, Kohli got out early.

Speaking on Breakfast with Champions in 2017, Virat Kohli recalled that incident saying, “I’ve never faced Shoaib Akhtar but I’ve seen him in a game in Dambulla against Pakistan. I got out, (so) I couldn’t face him. But I saw him bowl and he looked very lethal even at the later stages of his career. At that time, I felt (that) batsmen would not have wanted to face him when he was at his peak.” 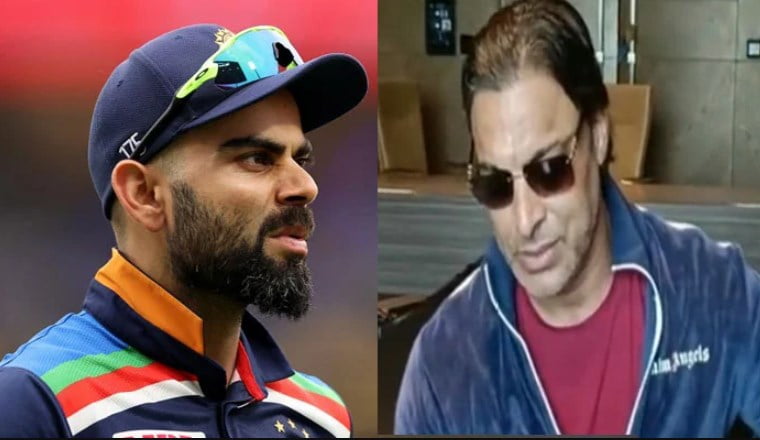 Recently, during a discussion on an IPL 2022 game on Sportskeeda, Shoaib Akhtar admitted that had he faced Virat Kohli more, he wouldn’t have scored so many runs in his career or have 70 international centuries across formats as well. Notably, Kohli has scored 23650 runs in 458 international games with 70 centuries and 122 half-century. He is now the seventh highest scorer in world cricket and third highest among Indians after Sachin Tendulkar (34357 runs) and Rahul Dravid (24208 runs) as well.