One of the most awaited series of this year is scheduled to commence on Tuesday as India will be locking horns with Australia in the first ODI of the three-match series at the Wankhede Stadium in Mumbai. Both teams had a decent ICC World Cup campaign before getting knocked out in the semi-final, unexpectedly. While the Australians haven’t played an ODI since their semi-final defeat to England, India has become a force to reckon with.

Coming into this series on the back of a series win over the West Indies, India can be termed as favorites, but only because of their home benefit. In spite of their good record in home conditions, the men in blue will not be in a mood of taking the Australians lightly, who did get the better of the hosts last year.

Traditionally, the Mumbai pitch has been known to be a belter with minimal help for the bowlers. A similar sort of wicket is expected for this match although there should be some swing on offer in the early stage of the game. Either side will be looking to chase upon winning the toss with dew playing a factor as the game progresses. With an entertaining start to the series in store, here are some of the prediction for the game:

India will be eyeing to field their strongest XI for this game with Shikhar Dhawan set to get the nod over KL Rahul alongside Rohit Sharma sighting his experience in ODIs. One of Kedhar Jadhav or Shivam Dube should take up the finisher’s role with Ravindra Jadeja being a permanent member in the squad after a productive outing against the West Indies. Jasprit Bumrah and Mohammed Shami will share the new ball while tearaway pacer Navdeep Saini could also feature in the bowling attack.

Australia looks a well-balanced squad this tour after a completely dominating aummer back home. Steve Smith should return to his preferred number three spot with Usman Khawaja’s exclusion. While David Warner, Aaron Finch, and Alex Carey are permanent inclusions as well, two spots are up for grabs in the top six. Marnus Labuschagne can become the prime contender for the number four spot while Ashton Turner looks set to get to the nod over Peter Handscomb in the middle order.

As for the bowling unit, Australia could field the trio of Josh Hazlewood, Mitchell Starc and Pat Cummins for the first time in over a year. Adam Zampa and Ashton Agar should also feature with both of them giving a decent impression against Sri Lanka and Pakistan last year in the T20Is. 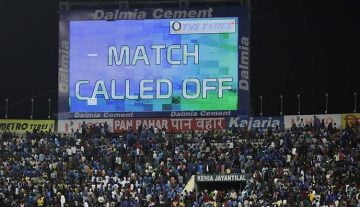