After an unexpected start to the series, India and Sri Lanka will be hoping for a full-fledged game in the second T20I at the Holkar Cricket Stadium on Tuesday. Although both teams were eager to take to the field after the toss in Guwahati, the rain decided to play the spoilsport and now with only two games remaining, either side will be eyeing a win to attain an unassailable lead in the series in Indore.

While the hosts will again be termed as hot favorites for this game, Lasith Malinga led side aren’t the ones to be taken lightly. The Sri Lankans have a decent record in the subcontinent with the likes of Bhanuka Rajapaksa and Isuru Udana in their ranks. With a high-scoring match expected, fantasy players are in for a treat on Tuesday.

A relatively flat track awaits the two sides with loads of runs on offer. While the pitch in Indore has traditionally helped the fast bowlers in the initial stages, the relatively small dimensions of the venue go against the spinners. Unlike the weather in Guwahati, the weather is all clear which should pave the way for an entertaining game of cricket. Here are some of the predictions for the game:

With India willing to play with three fast bowlers and Shivam Dube, no changes are expected from the side that was supposed to play in the first T20I. While the batting unit looks fairly solid with Shikhar Dhawan and KL Rahul complementing Virat Kohli well, much is expected of Rishabh Pant, whose place in the side is under scrutiny. Jasprit Bumrah will lead the bowling attack with Kuldeep Yadav expected to get the nod over Chahal. With the dimensions of the ground taken into account, Ravindra Jadeja will have to warm the bench again.

ALSO READ: Ricky Ponting Not in Favour of Four-Day Tests

Similar to the home side, Sri Lanka should also persist with three pacers and a top-heavy batting unit. Lahiru Kumara should get the nod over Kasun Rajitha due to the extra pace he generates while Isuru Udana’s variations will be one to keep an eye on in the death overs.

ALSO READ: Rohit Sharma Reveals His Family Helps Him To Stay In A Great Mindset 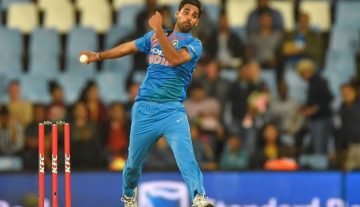