Team India locked horns with the West Indies for the third and the final T20I at the Wankhede stadium in Mumbai and the hosts defeated the Windies by 67 runs and sealed the series by 2-1. After winning the toss again, the Windies skipper, Kieron Pollard deiced to bowl first. While the visitors made no changes to their squad, the Indian skipper, Virat Kohli said that Kuldeep Yadav and Mohammed Shami came back in the squad to replace Ravindra Jadeja and Yuzvendra Chahal.

India got off to dominating start in the finale at the Wankhede Stadium in Mumbai, owing to the openers, KL Rahul and Rohit Sharma smashing the windies for the word go. While Sharma started by smashing Sheldon Cottrell, Rahul too joined the party with some lustrous blows from the other end. They went on to score 72 runs in the powerplay itself.

After Rohit’s dismissal in the 12th over, Rishabh Pant also got out without troubling the scorers, then came Kohli, who added as many as 95 runs for the third wicket with his him scoring 70* off just 29 balls. Rahul got out at 91 in the final over and Indian went on the register a total of 240/3 in their tally of 20 overs. In the first innings, Evin Lewis got injured and stretchered off the field in the 12th over

During the chase, the Windies openers, Brandon King and Lendl Simmons started on a decent note, but the Indian pacers, Bhuveshwar Kumar, Mohammed Shami, and Deepak Chahar got a wicket each in the second, third and fourth over as they dismissed, Kings, Simmons and Nicholas Pooran respectively. After those wickets, the Windies came down to 17/3 in the 4th over.

WATCH – Kuldeep Dismisses Hetmyer After Getting Smashed For Sixes

Shimron Hetmyer and Pollard then added 74 runs for the 4th wicket before, Kuldeep dismissing Hetmyer in the 10th over. The batsman had smashed the bowler for a couple of the sixes before getting caught by KL Rahul at the long-n boundary. However, Pollard kept on smashing the Indian bowlers as he smashed before being dismissed by Bhuvneshwar in the 15th over.

After Pollard’s dismissal, the match was nothing but over for the Windies as they eventually lost the game by 67 runs as they only managed to reach a total of 173/8 in their quota of 20 overs.

Here is how Twitter reacted to India’s series win:

That was an absolute run fest with some outrageous hitting from Rohit, KL Rahul and Virat . Over to the bowlers to defend 240 and win the series #INDvWI pic.twitter.com/EGv1tKJwgi

WI look very disappointed when shaking hands,they look Serious, Determined now,which is v good,Strong WI is a good thing for World Cricket.Pollard as Captain is ideal.WI were handicapped as Evin Lewis was injured,he could have provided the momentum & impetus in the chase.#INDvWI 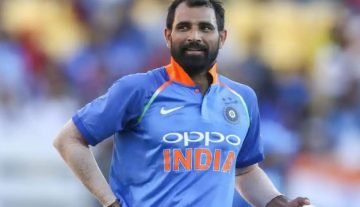