Former Pakistan captain Inzamam-ul-Haq believes that Pakistan produced a ‘typical’ performance in their six-wicket win over New Zealand on Saturday in Christchurch. The former chief selector added that only Babar Azam and Mohammad Rizwan continue to contribute well. Babar remained unbeaten on 79 off 53 balls as Pakistan notched up their second victory of the T20I tri-series. This was after the hosts were restricted to 147/8 in their allotted 20 overs. 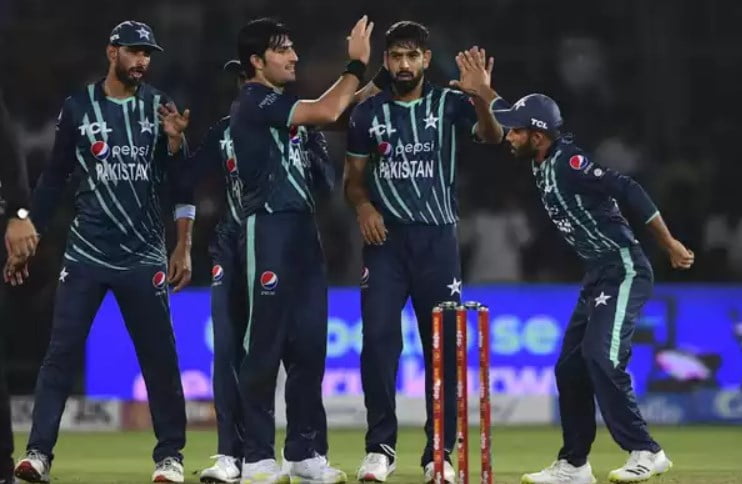 “New Zealand’s batting was surprising to watch because they play the way England does. Anyway, Pakistan produced a typical performance. I say ‘typical’ because it was Babar today and not Rizwan. Yesterday, Rizwan made 80 odd runs and today it was Babar doing the same. We have the same stories continuing in our batting unit. Shan Masood performed well briefly, but he also perished early today. What we are expecting from the middle-order, we didn’t see that,” Inzamam-ul-Haq said.

Rizwan, who struggled against New Zealand on Saturday, scoring four runs in 12 deliveries, had won the Player-of-the-Match award against Bangladesh in the first game as well. He held the innings together and scored 78* as Pakistan made 167/5 to later win by 21 runs as well.

“It was a very good move to promote Shadab Khan in the batting order. The 34 runs he scored off 22 balls were very crucial and it was good to see him supporting Babar. The way Shadab hit Ish Sodhi out of the attack slowed down New Zealand’s momentum.”Shadab’s role was brief, but it was magnificent as he hit his first ball for a boundary and didn’t let Pakistan lose momentum. It often happens that when a new batter comes, he defends a few deliveries. In that case, Babar would’ve come under pressure. Shadab didn’t let that happen,” Inzamam-ul-Haq concluded.