Despite the brave-heart innings from MS Dhoni, CSK failed to get past Kings XI Punjab. Chennai Super Kings have suffered a plenty of heartbreaks in this one season already. They have their home venue shifted, their star players have suffered injuries and few are not available for selection. Amidst all of these, CSK will be facing Rajasthan Royals at their new home venue, Pune. Here is how the Playing XI shape up for both the teams.

The team in yellow has its task cut out when it steps out on the MCA Stadium, Pune. The new home ground at Pune is not so unfamiliar for the Chennai team. MS Dhoni has captained and played for the Pune team in last IPL season when CSK was not around. He knows the ground really well.

In the last match Punjab, four days ago, CSK conceded a heavy score fielding first. KXIP raised 193 in their 20 overs on the back sublime hitting from Chris Gayle. KL Rahul and other batsmen also added their bit by taking every CSK bowler except Watson apart. Dhoni and Rayudu starred with the bat.

For this match, CSK can take a look at the spot of Deepak Chahar and Ravindra Jadeja. They may opt for a spinner like Karn Sharma at the Pune pitch which supports tweakers. Jadeja has not contributed with the ball and has been poor with the bat except hi six at the end.

After having a good run of two good wins under the best, Rajasthan Royals conceded a match against Kolkata Knight Riders rather meekly. Royals batting collapsed while batting first and could not bowl effectively to make a match of it.

Batting first, Ajinkya Rahane started off brilliantly by bashing Sunil Narine for four fours in four consecutive balls. Remaining batsmen failed to revive the momentum and total was well short of par. Apart from K.Gowtham, no one else looked threatening.

One possible change that RR can look at is the place of Dhawal Kulkarni. He did not complete his bowling quota in the last two matches and Anureet Singh can replace him. Jofra Archer’s IPL debut is also awaited. 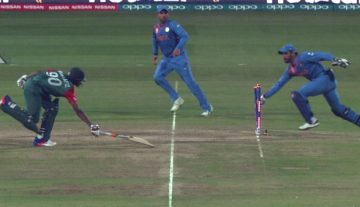