Beleaguered Rajasthan Royals will have to step up to the plate as they face a stiff challenge at home of visiting Mumbai Indians. RR will take on the men from Mumbai at the Sawai Mansingh Stadium. Royals lost their last match against Chennai while Mumbai defeated Bangalore to register their first win in the Indian Premier League. The teams are now squaring off on the Jaipur ground. 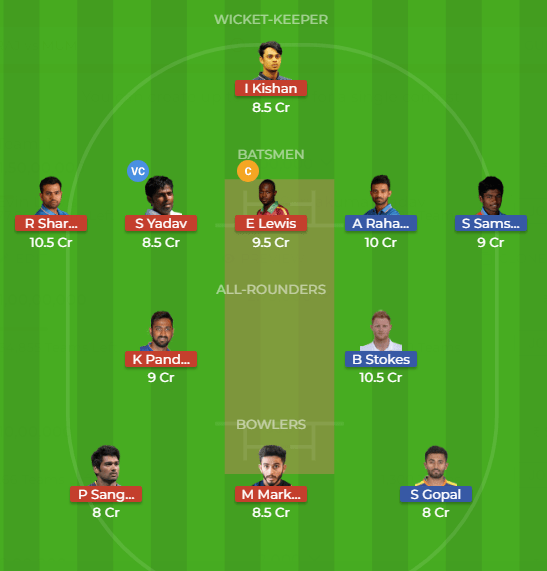 The defending IPL champions started off this season in a miserable way. They lost three consecutive matches all of which were heart-stopping affairs as they kept bringing the matches to the last ball. They failed to leverage the momentum and lost the key moments.

The revival came at the expense of Royal Challengers Bangalore. Mumbai’s captain Rohit Sharma revived his form and stormed his way into the nineties and missed his century by a whisker. Evin Lewis played a key role in starting the blast and raced to 65 runs.

Bowling was also on the spot as MI bowlers kept striking at regular intervals. Bumrah, Pandya, and McClenaghan got into wickets. Mustafizur Rehman had a bad day. Mumbai Indians are not likely to disturb their winning combination. The only team news that is coming is that JP Duminy might get to play in place of Pollard.

The team management of RR has been a bigger disaster than that of RCB. Even a simple glance at their Twitter timeline will provide them better insights. They have all the resources but have horribly managed them.

In the last match, they made two positive changes. They dropped D’Arcy Short who not speed up the innings and dropped Dhawal Kulkarni who was having a terrible season. RR brought in Stuart Binny and Heinrich Klaasen, both failed to make an impact.

Th problem with Royals has been their opening. They possess Rahul Tripathi who played brilliantly while opening for Pune in last season. But RR has not sent him to open yet. Klaasen who is a middle-order batsman is being sent to open. They may leave Binny out again to bring in Anureet Singh while Archer’s inclusion is still awaited.