On the Sunday of the super weekend of the ongoing 11th edition of the Indian Premier League (IPL), the first match will be played between Mumbai Indians (MI) and Kolkata Knight Riders (KKR) in Mumbai. While MI defeated Kings XI Punjab (KXIP) in their last game, KKR also a has a winning momentum with as they have won their last 2 matches despite losing the momentum in the mid-way of the tournament. The Dinesh Karthik led team needs to win 3 out of their remaining 5 games in order to reach the playoffs.

There is no doubt about the fact that both the teams do have surprise packages in their respective squads who can single-handedly take the game away from any opposition. Let us have a look at such players from both the teams:

Mumbai Indians in this season preserved their core team. They brought back their six major players and one of them was Krunal Pandya. The left-arm spinner and the left-handed batsman provides the perfect balance to their team and is a very good finisher. In the last match against Kings XI Punjab, facing a stiff chase, Krunal came at the very end and smashed 31 from 12 balls to take the team through. The win was very crucial for Mumbai to stay alive. 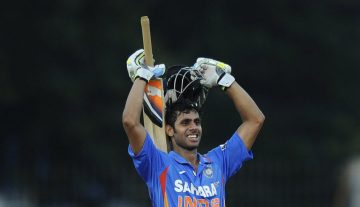