One of the South Indian rivals Sunrisers Hyderabad (SRH) will be locking horns with Royal Challengers Bangalore (RCB) at the Rajiv International Stadium in Hyderabad for the 11th match of the ongoing season of the Indian Premier League (IPL). While Bangalore is still searching for their first win of this season so far, despite having a rough start, Hyderabad now has a winning momentum with them.

On Sunday, SRH will be trying to continue the winning momentum and RCB will also be trying their best to win their first game of the season. Let us take a glance at the 5 players who can perform out of the box in the match between SRH and RCB.

Despite the fact that in the last game against RR, he gave away 45 runs in the crucial two overs of the match, he is a proven match-winner. He was even led SRH for the first time in absence of regular skipper Kane Williamson but failed to win a game on his captaincy debut. With Hyderabad pitch expected to be bowling supportive he can be lethal with the bowl. 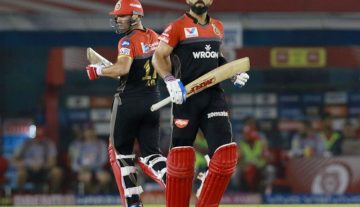