The 11th game of the Indian Premier League 2019 will be between Sunrisers Hyderabad and Royal Challengers Bangalore at Rajiv Gandhi International Stadium. Both teams are at the different end of the spectrum. Hyderabad got off to a good start and won one game out of their two matches. On the other hand, Bengaluru lost both their encounters where the latest defeat came against Mumbai Indians in a thriller. When the two heavyweights will collide against each other on Sunday evening, the atmosphere is expected to heat up to a new extension.

They beat Rajasthan Royals comprehensively in their home ground with some good batting display. David Warner was the architect of this victory with the bat, where he scored 69 runs in just 37 balls and gave Rajasthan little over no space to breath. Rashid Khan was the man of the match of this game as he contributed with both bat and ball.

SRH may not tamper with the winning eleven and can field with the same team that played against Rajasthan in Hyderabad. Jonny Bairstow looked in good touch and can keep his position in the team, which is keeping Wriddhiman Saha at bay. Bhuvneshwar Kumar looked a bit rusty against RR but the team management will back him to come back harder.

Bengaluru played a thrilling match against Mumbai Indians at M Chinnaswamy Stadium on Thursday. They were on the verge to win the game but some serious death bowling by Jasprit Bumrah made things hard for them. That last ball controversy left RCB stunned but they will try to look forward into this tournament and register their first win in IPL 2019.

Change in their playing eleven is unlikely if the team management doesn’t opt for a last minute change. Batting was looking good for them but Shimron Hetmyer is yet to find his mojo in the Indian T20 league. Marcus Stoinis and Nathan Coulter-Nile are not available yet but will join the team before the next game. 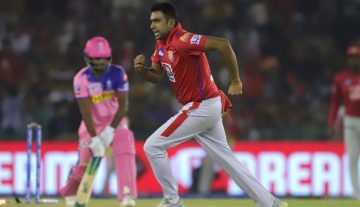