The two northern rivals, Kings XI Punjab (KXIP) and Delhi Capitals (DC) will be locking horns with each other at the IS Bindra Stadium in Mohali for the 13th match of the ongoing season of the Indian Premier League (IPL). Both the teams have witnessed similar fortunes this season so far as they started with a win then lost their momentum and won their last games again.

In their respective last games both the franchises registered a win, but Delhi’s win was much of thrilling game as it ended in a super-over. However, Punjab also had a great outing as they defeated Mumbai Indians (MI) by a decent margin. Delhi defeated Kolkata Knight Riders (KKR) in a humdinger despite being in a commanding position in most of the duration of the game.

On Monday, both the teams will be looking forward to continuing their winning momentum with KXIP having home advantage.

ALSO READ: Match 10 (DC vs KKR): Delhi Wins A Thrilling Game In A Super Over!

Let us take you’ll to the Probable Fantasy XI you can create with the following tips:-

After his matching performance in the last game against KKR, ignoring a batsman like KL Rahul in fantasy can become costly. However, the other option apart from him is also difficult to keep out as Rishabh Pant has been known for winning games single-handedly for his team, on his day.

Considering the pitch conditions of Mohali in the last game, it seems that it’s a belter, especially under the lights. So, keeping an extra batsman in the squad can be useful hence, the players like, Chris Gayle, Mayank Agarwal, Prithvi Shaw, and David Miller are the obvious inclusions. Apart from them, Shreyas Iyer can also be a crucial player in the fantasy XI. The other options are players like Shikhar Dhawan, Colin Ingram, and Mandeep Singh.

After the respective last games of both the teams, only Chris Morris seems to be a better all-rounder on the Mohali pitch. Apart from him, the only good options are R Ashwin and Axar Patel (if he plays).

On the pitch like Mohali, bowlers like M Ashwin and Sandeep Lamichhane can be very useful. However, After the performances in the last games, ignoring bowlers like Mohammed Shami and Kagiso Rabada can be costly. Apart from them, there are some good options like Andrew Tye, Hardus Viljoen, Amit Mishra, and Mujeeb Ur Rahman.

Disclaimer:- The above-selected players are according to the fantasy points system of the popular website Dream11, so the credits and value of various players may differ according to the various fantasy platforms. 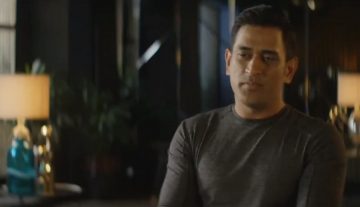