Welcome to Match 18 of the Indian Premier League (IPL) as the ever-consistent Chennai Super Kings (CSK) take on high-on-form Kings XI Punjab (KXIP) at Chennai. Punjab and Chennai are placed second and third respectively on the table with 6 points each. The former is ranked ahead on the basis of their Net Run Rate. In a way, it is going to a homecoming for KXIP captain Ravichandran Ashwin as he plays against his former franchise for the first time this season.

Here are the five players who can play an important role in the outcome of the match.

In the 3 matches he has played so far, he has smashed 10 sixes already. He missed out on the last match where Punjab made a brilliant comeback against Delhi and won by 14 runs. He started the season with a 47-ball 79 against the Royals and followed it up with scores of 20 and 40 against KKR and MI respectively. Gayle’s form at the top of the order is of great significance for Punjab to consistently put pressure on the oppositions, especially in the power play. 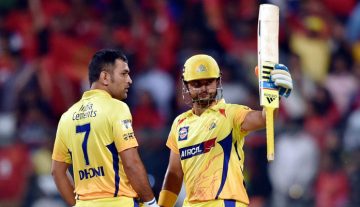