The two flamboyant franchises, Chennai Super Kings (CSK) and Kings XI Punjab (KXIP) are locked horns with each other at the MA Chidambaram Stadium in Chennai. After winning the toss, the CSK skipper, MS Dhoni decided to bat first and his openers didn’t disappoint. CSk continued their winning momentum at home as they defeated Punjab by 22 runs.

Harbhajan Singh bowling to Chris Gayle During the toss, the KXIP skipper, R Ashwin revealed that they have made two changes to the squad as Mujeev Ur Rahman and Hardus Viljoen made way for Chris Gayle and Andre Tye. On the other hand, CSK made as many as three changes in their squad as injured Dywane Bravo, Mohit Sharma, and Shardul Thakur made way for Faf du Plessis, Harbhajan Singh, and the debutant, Scott Kuggeleijn.

For the opening wicket, Du Plessis and Watson added 56 runs before the latter getting out in the 8th over by Ashwin. After his dismissal, Suresh Raina and Du Plessis made another partnership of 44 runs before both of them getting out on back-to-back deliveries and again the bowler for Ashwin in the 14th over. After those dismissals, Dhoni and Ambati Rayudu made a crucial partnership as they added 60 runs for the 4th wicket and helped CSK to reach the total of 160/3 in their quota of 20 overs.

During the chase, Harbhajan Singh forced KXIP for a rough start as he dismissed Chris Gayle and Mayank Agarwal in a matter of the three deliveries in the second over of the innings itself. After those dismissals, Rahul made a crucial partnership of 110 runs for the 3rd wicket with Sarfaraz Khan.

WATCH – Harbhajan Singh Takes Two Wickets In His First Over

However, Sarfaraz failed to take the visitors over the line as the latter got dismissed in the 18th over by Scott Kuggelijn and leaving his team to chase down more than 40 runs in last three overs. David Miller and Sarfaraz tried their best but failed as KXIP lost the game by 22 runs with 5 wickets in hand. 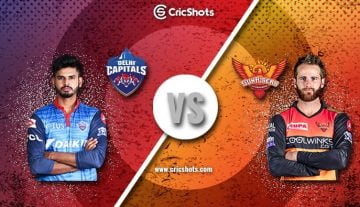