On Sunday, Rajasthan Royals (RR) and Kolkata Knight Riders (KKR) will be locking horns with each other in the 21st match of the 12th edition of the Indian Premier League (IPL) at the Swai Mansingh Stadium in Jaipur. Both the teams have witnessed almost contrasting fortunes this season so far as RR started off with a loss and only managed to register one win despite fighting hard in every game and on the other hand, KRR has faced only one loss despite coming close to losing the game on almost three occasions out of four.

In their respective last games, RR registered almost a one-sided win over Royal Challengers Bangalore (RCB) and KKR also defeated RCB owing to the Andre Russell storm, as he snatched victory from the jaws of defeat for his team. On Sunday, both the team will be looking forward to continuing their winning momentum.

Going by the current form and citing home advantage, Jos Buttler seems to be a better pick for the fantasy cricket in the wicket-keeping department. However, the Jaipur pitch is supposed to be batting friendly wicket and Dinesh Karthik can also be lethal in those conditions, but his consistency with the bat in this season has been the biggest question.

Going by the current batting form of both the teams, Ajinya Rahane, Robin Uthappa, and Nitish Rana become one of the prime contenders for the fantasy cricket. However, the young Shubhman Gill has shown character in whatever time he has been out in the field. Apart from them, there are some useful batsmen in the line-ups as well, like Steve Smith, Chris Lynn, Sanju Samson, and Rahul Tripathi can play a crucial roles for their respective teams.

There are some really reliable all-rounders in both the teams but going by the current form, Andre Russell, Sunil Narine, and Ben Stokes seems to be the perfect fit. Apart from them, only another quality all-rounder is Krishnappa Gowtham.

Both the teams don’t have very powerful bowling line-ups but they have managed to do a decent job. Bowlers like, Shreyas Gopal, Jofra Archer, and Dhawal Kulkarni become the obvious choices for the fantasy XI. Apart from them, some crucial bowlers can be like, Lockie Ferguson, Piyush Chawla, Kuldeep Yadav, and Prasidh Krishna.

Disclaimer:- The above-selected players are according to the fantasy points system of the popular website Dream11, so the credits and value of various players may differ according to the various fantasy platforms. 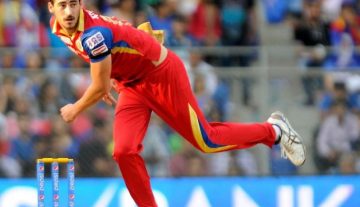