The game between Mumbai Indians and Kings XI Punjab was expected to be a cracker of a contest as both teams posse a batting-heavy lineup. Mumbai won the toss and asked Punjab to bat first on a typical run-feast of Wankhede Stadium. Chris Gayle and KL Rahul gave KXIP the best possible start and scored 116 runs for the first wicket in 12.5 overs. Gayle perished after scoring his fifty but there was no stopping for Rahul as he raced to his maiden Indian Premier League ton. He remained not out on 100 in 64 balls, which includes six fours and six sixes. Punjab finished their innings for 197/4 in 20 overs.

In the quest to chase 198 runs, Mumbai didn’t get the required start. Siddhesh Lad, who came in place of Rohit Sharma, played few shots but got out cheaply. Quinton de Kock and Suryakumar Yadav failed to convert their start and Mumbai was reeling at a point when they were 94/4 in 12 overs. But Kieron Pollard was in a mood to redeem himself on his IPL captaincy debut. And he did exactly the same. Pollard smashed 31-ball 83 runs, where he hit 10 towering sixes and three boundaries. In the end, Mumbai stumbled but reached to the target on the last ball of the innings by three wickets. Let’s have a look at what were the reasons for defeat for Punjab.

Letting down in the middle after a blazing start

Kings XI Punjab was enjoying the good start provided by Chris Gayle and KL Rahul. They raced to 100 runs in 10 overs and were looking to score in access of 200. But Gayle’s wicket brought a downfall in the run scoring for Punjab. They scored just 30 runs in middle overs (12-17) and lost three wickets. This turned out as a moment in which Punjab will avoid repeating in the future. This was the reason why KXIP failed to cross the 200-run mark.

Pollard’s magic with the blade in hand

Big West Indian all-rounder was making his IPL captaincy debut in absence of Rohit Sharma and Kieron Pollard played the match-changing innings to win the game for Mumbai. He was running out of batting partners from the other end but kept his head cool. Pollard played big shots at regular intervals and smashed a blitzing knock of 83 runs in just 31 balls, where he hit three fours and ten towering sixes.

No time to bowl a No-ball

Mumbai was required to score 15 runs in the last six balls. Ankit Rajpoot had the ball in hand and in-form Kieron Pollard was facing him from the other end. Rajpoot did a crime at the crucial juncture as he bowled a no-ball on the first ball of the over, which was deposited into the stands by Pollard, who cashed four runs on the free-hit. If he hadn’t bowled that no-ball, KXIP would have been easily home. 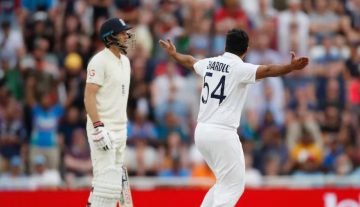