Welcome to Match 25 of the Indian Premier League (IPL) between the Rajasthan Royals (RR) and the Chennai Super Kings (CSK). This would be the second match-up between the two teams with CSK winning their home leg by a narrow margin of 8 runs, courtesy MS Dhoni’s 46-ball 75 and Dwayne Bravo’s superb death bowling. An exciting contest is awaited as here’s the payback time for the Royals.

Here are the five players worth watching out for.

The South African captain was not introduced early on in the squad but he did come to the party when it was required. In this first match against KXIP, he scored a fantastic 38-ball 54 to set up a 22-run victory for CSK. He followed that up with a brilliant unbeaten 43 to guide his team home with 7 wickets to spare on a difficult pitch against the Kolkata Knight Riders. 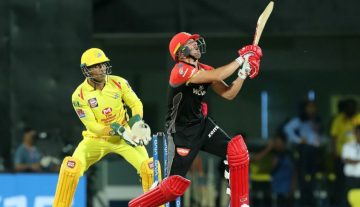