Rajasthan Royals was eyeing revenge against Chennai Super Kings of losing a close game earlier in the tournament. MS Dhoni won the toss and he took no time in inviting Rajasthan to have a bat. Both teams went through some changes in their lineup. RR batsmen went after CSK bowlers in the powerplay to score 54 runs but at a cost of their top-three batsmen. Neither of Rajasthan batsmen crossed 30-run mark and managed only 151/7 in 20 wickets. This was the hara-kiri of playing big shots.

If Rajasthan’s start with the bat was miserable than Chennai’s start was not less than horrible. They lost four wickets inside the powerplay and was searching for someone to take them out from this trouble. MS Dhoni and Ambati Rayudu pulled their sleeves up to give some momentum to their innings. Both scored fighting half-centuries to take CSK close to the target but got out at the wrong time. Ravindra Jadeja and Mitchell Santner kept their cool to finish the game on the last ball with four wickets remaining. Have a look at what were the moments which cost Rajasthan the game.

Losing too many wickets upfront

There would have been a bigger total on Rajasthan’s scoreboard had they not lost that many wicket in the powerplay. Jos Buttler gave them a firing start but they lost the plot while attempting to hit boundaries when they could have just played those balls out. Ajinkya Rahane departed in the third over of the match while Buttler got out in the over after. Sanju Samson was making a comeback in this game but a poor shot selection brought his downfall as well.

Not able to breach through Dhoni-Rayudu duo

Rajasthan was on top after dismissing four Chennai batsmen inside the mandatory powerplay. Shane Watson, Suresh Raina, Faf du Plessis and Kedar Jadhav got out in respectively. Out of form Ambati Rayudu and MS Dhoni were batting to revive their run-chase. They did it without any trouble and stitched 95 runs for the fifth wicket. Meanwhile, both batsmen raised their fifties but couldn’t finish the game for Chennai. However, Ravindra Jadeja and Mitchell Santner won it for them.

Leaking 21 in the final over

Chennai was required 18 runs in the final over. Ben Stokes was bowling and MS Dhoni not facing the first ball was a bonus for them. But nothing made any difference as Ravindra Jadeja launched a six over bowler’s head. Stokes followed it with a front foot no-ball but manage to not give a boundary. Eight runs were required off four balls when he uprooted Dhoni’s stumps and almost won the game for Rajasthan. But the drama didn’t end here as Stokes couldn’t defend 8 runs off 3 balls to newly arrived Mitchell Santner. 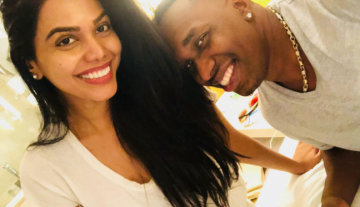