It’s Match 27 of the Indian Premier League (IPL) between the Mumbai Indians (MI) and the Rajasthan Royals (RR). The two teams play at Wankhede that produced a thriller just a couple of days back. Kieron Pollard led Mumbai for the first time in absence of regular skipper Rohit Sharma while Ajinkya Rahane continues to lead Rajasthan.

Here are the five players who might play an important role in the contest.

The younger of the Chahar brothers has been doing a fine job for Mumbai so far. In the three matches he has played so far this season, he has taken up just two wickets but has been impressed with his economy rate of 5.90. He is extremely smart with his line and length and has not allowed the opposition batsmen to have a go at him in the middle overs. 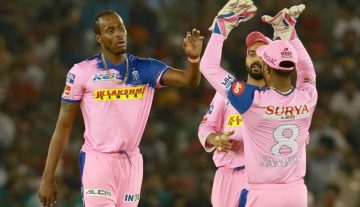