The Mumbai Indians (MI) read the Delhi pitch perfectly against the Delhi Capitals (DC) and that proved to be the decisive factor in the game. The visitors completely outplayed the hosts on the day and an absolute turner at the Feroz Shah Kotla was more helpful to MI. The Capitals’ poor death bowling cost them the game eventually as Shreyas Iyer should’ve used his spinners properly in the first innings.

After being put into bat first, Rohit Sharma and Quinton de Kock added as many as 57 runs in the powerplay. But on the first ball of the 7th over, the MI skipper was dismissed by Amit Mishra. Surprisingly, Cutting came out to bat at no.3 and he also got dismissed in the 8th over by Axar Patel. Surya Kumar Yadav was building a partnership with De Kock but only managed to add just 12 runs for the third wicket as some huge confusion took place between the two owing to some brilliant fielding display from Kagiso Rabada.

Yadav also got out in the 16th over, then both the Pandya brothers took the innings to the final over and the much-awaited battle was on as Hardik was facing Rabada in the final over and both of them got benefitted as Rabada got the wicket after getting smashed for a six. Krunal then took Mumbai to a total of 168/5 in their quota of 20 overs.

The Delhi Capitals needed a quick-fire start in the chase at any cost and Shikhar Dhawan and Prithvi Shaw had a fiery start as they added 48 runs in the powerplay. Similar to MI, Delhi also lost their first wicket in the 7th over as Dhawan was dismissed by young Rahul Chahar while attempting a reverse sweep. After his dismissal, Delhi lost the plot completely as from 49/0 they were reeling at 63/4. Apart from Shikhar, Chahar dismissed Iyer and Shaw as well.

WATCH – Shikhar Dhawan Got Himself Out

Rishabh Pant attempted to build a partnership with Axar Patel, but he was cleaned by the fiery delivery from Jasprit Bumrah in the 14th over. BY then. Dc had almost lost the game, but then Azar and Chris Morris added 31 runs for the 6th wicket as Morris got out in the 17h over followed by Keemo Paul and Patel on the next two deliveries and finally, the hosts lost the game by 40 runs.

Well done…that is what I am about to say to Amit Mishra. 150 @IPL wickets, only the second player to achieve this 👏🏽👏🏽 #spinnersarewinners pic.twitter.com/OB5ukBsO5B

Rishabh Pant is the most talented, capable also the most irresponsible and ignorant cricketer even seen. Rabada is almost of the same age. Just mindset and dedication to the game. 😐

Rishabh Pant is the most stupid WK batsman I've seen, can't even stay at the crease being 21 and finish the game for DC. Don't know who even compares him with 37 yo old Dhoni.

Rishabh Pant is not even fit to tie Dhoni's shoelaces let alone be his replacement in the worldcup. Pant fan boys need to calm the fvck down and not embarrass themselves by comparing Pant to a legend like Dhoni.#IPL2019#DcvMi

When in form, #RishabhPant can be a one man army and take his team home. But something that definitely goes against him is his repeated offence of throwing his wicket away at crucial times. Probably cost him a spot in the #CWC19 squad?#DCvMI

This is not rishabh pant which i seen in last few years…. india spoiled talent rather than groomed it…. indian batting coaches done bad job.. virat done injustice & shreyas just finished pant career by sending him at 5 & not in powerplay. #DCvMI

That's the difference between two future stars of Indian Cricket. Jaspreet Bumrah vs Rishabh Pant. Bumrah knows how to handle the pressure situations, knows the tactics and mind games and that is why he has been… https://t.co/5TgRzvBaS7

Expecting Krunal to produce a Man Of the Match performance. If somehow Pant could be neutralised. #DCvMI #IPL

What a finish by @hardikpandya7 and @krunalpandya24 brilliant batting by the bros, now it looks like mumbai Indians r in charge but then the young guns of @DelhiCapitals are unpredictable, still expecting a close finish from here! #IPL2019 #MIvDC 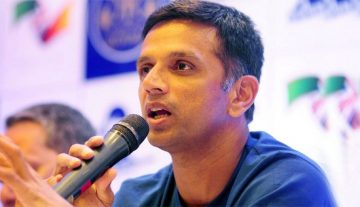