The match between the Chennai Super Kings (CSK) and the Royal Challengers Bangalore (RCB) at the M Chinnaswamy Stadium became one of the most entertaining games on the ongoing season of the Indian Premier League (IPL). MS Dhoni played a captain’s knock of 84 from 48 balls with five fours and seven sixes, and his innings almost got the visitors over the line. Nevertheless, RCB somehow managed to hold their nerves and won the nail-biting game by one run owing to the calmness of Parthiv Patel.

Kohli was dismissed Deepak Chahar in the third over after getting smashed for a boundary on the previous delivery. After his dismissal, AB de Villiers and Parthiv Patel started building a partnership. They added 47 runs for the second wicket before the former getting out in the 7th over owing to the brilliant catch by Faf du Plessis. After his dismissal, Akshdeep Nath and Parthiv added 42 runs for the third wicket as Nath was dismissed in the 13th over.

WATCH – Steyn Gets Raina And Watson On Consecutive Balls

After Nath’s dismissal, Patel and Marcus Stoinis failed to do much as first Parthiv got out in the 16th over as he was dismissed by Bravo followed by Stoinis getting out in the next over of Imran Tahir owing to a combination catch of Faf Du Plessis And Dhruv Shorey. However, with the help of some late fireworks from Moeen Ali, RCB managed to reach 161/7 in their quota of 20 overs.

During the chase, CSK had a rough start as they lost their veterans Shane Watson and Suresh Raina on consecutive deliveries of the first over of Dale Steyn itself. Watson was caught at first slip by Stoinis and Raina’s off stumps was uprooted by Steyn with a fiery yorker and he was dismissed on a golden duck. After that dismissal, Du Plessis and Kedar Jadhav were batting, but they also failed as both of them were dismissed by Umesh Yadav in 4th and 6th over respectively.

CSK was reeling at 32/4 after the powerplay with Dhoni and Ambati Rayudu batting in the middle. They added 53 runs for the 5th wicket between Rayudu getting out in the 14th over. After his dismissal, Jadeja and Bravo failed to do much as they were dismissed in the Navdeep Saini in the 17th and 19th over respectively.

WATCH – Last Over Drama During RCB And CSK Game

Here is how Twitter reacted after the nail-biting game:

What a throw in the end. Whoa. My Man Of The Match is Parthiv Patel. 🤗🙏 #RCBvCSK #IPL

That was special from Dhoni. 26 needed of the last over and nearly pulling it off. #RCBvCSK

What a game!! Best league in the world…. for a reason. #RCBvCSK #VIVOIPL

No surprises @parthiv9 comes up clutch at the end. Consistently practices throwing down the stumps in his preparation. How good! 👏👏

Wow! What a fantastic game of cricket #RCBvCSK

Uff! Some game! Cricket needs Dhoni to write its scripts.

@msdhoni you are a freak!!! This years Vivo IPL just keeps on giving #SelectDugout @StarSportsIndia

#Dhoni. You freak! The only guy who has the ability to put bowler under pressure when defending 26 off the last over! Take a bow!
And #Kohli. Fail to understand how can a captain can simply stand in the deep, offering zero advice to his bowler getting thrashed around the park

MS Dhoni's post match interviews show how much knowledge he possesses about cricket. India will miss him alot after WC'19

I am not a fan of winning Dhoni,
I am fan of MS Dhoni!!#RCBvCSK #satyaperapu

It is not players like Warner, Dhoni, Kohli and Rohit that make the #IPL exciting. It is players like Umesh, Piyush, Siraj, Unadkat that make this tournament special. Special players. Please take care of them @IPL 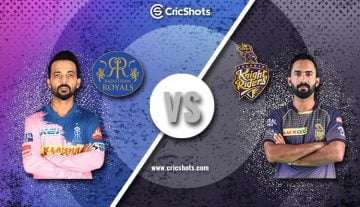