In the Southern Rivalry, Chennai Super Kings won the toss and asked Royal Challengers Bangalore to bat first. Virat Kohli was looking in good touch but Deepak Chahar’s beautiful swing undone him in the third over. AB de Villiers came and hit few big hits to send a shiver down Chennai’s bowling lineup but his stay couldn’t last long with Faf du Plessis’ splendid catch near the boundary rope. Meanwhile, Parthiv Patel was playing well and scored a good half-century before throwing his wicket. Moeen Ali gave the finishing touch to take RCB’s total to 161/8 in 20 overs.

Chennai had a horrible start as Bengaluru fast-bowlers were breathing fire for the first time in IPL 2019. They reduced CSK to 28/4 inside the powerplay. But MS Dhoni was in some mood today and he stitched a crucial partnership with Ambati Rayudu. No other CSK batsmen were showing intend to play longer but Dhoni’s stubbornness took this match deep. In the end, Chennai was in need of 26 runs off six balls and Dhoni almost pulled a miracle but they eventually fell one short of the target. Have a look at what were the reasons for the defeat.

Watch – Last over drama of RCB vs CSK game

The wicketkeeper-batsman was looking in good touch and was unscathed from what is happening on the other end. Parthiv Patel remained calm to stroke a well-paced half-century in 35 balls. He got out to Dwayne Bravo after scoring 53 runs, which features two fours and four sixes. He played an anchor’s role to guide RCB and take their total to 161 in 20 overs.

Bengaluru came to defend the total with all guns blazing. Dale Steyn gave the perfect start to his team with two wickets in the very first over. Navdeep Saini was also bowling with tight line and lengths. Umesh Yadav didn’t allow the breathing space to Chennai batsmen either and dismissed two of them inside the powerplay. Hence, CSK was reeling at 28/4 in 5.5 overs.

Chennai was in need of their openers to fire against RCB’s bowling lineup. But this was not the case this time around. Shane Watson got out cheaply in the very first over and Suresh Raina followed him on the next ball. Faf du Plessis was finding it hard to middle the ball and got out for a 15-ball 5 runs. Kedar Jadhav was the last man to be dismissed inside the powerplay. Umesh Yadav picked his second wicket of the match when he dismissed Jadhav to reduce CSK 28/4. 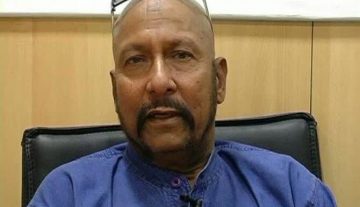