The Delhi Capitals (DC) has come out swinging against the Rajasthan Royals (RR) as they won the match by six wickets at the Sawai Mansingh stadium in Jaipur. It was a day for the two players whose ability to score runs in unfavorable circumstances was being seriously questioned. It was Ajinkya Rahane’s sheer class in the first innings, but it was overshadowed by Rishabh Pant and his fierce batting. The Royals opener scored a century but it went in vain in the end with DC chasing down the challenging total.

Along with Steve Smith, Ajinkya was toying with the bowlers as from the score of 59/1 in the first 7 overs, they took RR to a total of 135/1 at the 13-over mark. Meanwhile, both of them completed their respective half-centuries as well. However, soon after completing his fifty, Smith was dismissed in the 14th over.

Rahane completed his century in 58 balls and eventually remained unbeaten on 105 runs from 63 balls and helped RR to reach the total of 191/6 in their quota of 20 overs. Rajasthan played with a lowe run-rate in the last five overs which barred them from scoring 200+ runs.

During the chase, Delhi needed a quick-fire start and Shikhar Dhawan started the innings with a bang, along with Prithvi Shaw, he amassed as many as 59 runs in the powerplay itself. However, Dhawan got out in the 8th over while attempting a six and he was stumped by Samson off the bowling of Shreyas Gopal. Iyer also got dismissed soon as he was also got dismissed by Riyan Parag in the 9th over.

After Iyer’s dismissal, Shaw built a partnership with Rishabh Pant as they added 84 runs for the third wicket before the former getting out in the 17th over. However, Pant kept on smashing the DC bowlers after completing his second fifty of the season as he amassed 78* off just 36 balls. He finished the game with a six in the last over to take Delhi over the line with 4 balls to spare and 6 wickets in hand.

Imagine Rishbah Pant being part of Indian squad for the World Cup.

Dhoni, Pant, Pandya all in great form for the finishing role, to go with the heavy top-three of Rohit, Dhawan, Kohli.

That would be a complete batting unit.

How much will India miss Pant? #RRvDC

If only Pant had finished a few more games before the World Cup squad was picked…..and Khaleel had played a few more. #IPL

Rishabh Pant will be very proud of this innings. Difference between promise and what a proper pro does. Look forward to seeing many more of these.

If @RishabPant777 is not good enough to be in the Indian World Cup squad, then I don’t know anything of a game that has been a life passion.. he is a fearless new age player with the X factor.. #RishabhPant #RRvDC

Pant not named in India’s World Cup squad but a six off Jofra Archer’s last ball and a six to win it. That was box office for @DelhiCapitals #RRvDC #IPL #IPL2019 A cricketer you want to watch.

Fantastic knock by Rishabh Pant — 78* off 36 balls. Finished the game and took responsibility.
Never panicked. Wish he played such decisive knocks before would definitely have been in the WC side. Nevertheless he’ll only improve. @DelhiCapitals are on a roll. Great win #RRvDC

That was a brilliant batting performance by Delhi Capitals who have won five of their last six matches. Last season they displayed enormous potential but finished last—this season they are top with three games left to play. They are coming of age in front of our eyes. #IPL #RRvDC

What a knock by @RishabPant777! You are a born match winner You deserve a place in the word cup! Match winners might not perform every game but when they do they will take your breath away! India will miss your services in England this summer! #IPL2019 #RRvDC 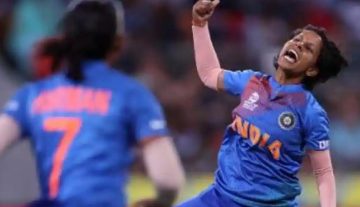