On Thursday, the Mumbai Indians (MI) will be hosting Sunrisers Hyderabad (SRH) for the 51st game of the ongoing season of the Indian Premier League (IPL). SRH will be missing their star player for the season David Warner. In his absence, SRH would have to depend on skipper Kane Williamson, Wriddhiman Saha, Vijay Shankar, and Manish Pandey would have to shower responsibilities against a dominant MI side.

The last time SRH played against MI, they were outplayed by West Indies youngster Alzarri Joseph. Though he has been ruled out of the tournament due to a shoulder injury. If MI win this one, they will immediately qualify for the playoffs. But if SRH managed to pull off a win, then both the teams will be standing at the equal number of points and they will still be in contention for the playoffs, along with Kolkata Knight Riders (KKR) and Kings XI Punjab (KXIP).

Let us, try and churn out the best possible playing XI of both the teams:

MI have had a pretty ordinary performance with the bat this season and apart from some good finishing from their big-hitting all-rounders, no other batsman has fired on a consistent basis. However, their bowling has always been strong and with Jasprit Bumrah and Lasith Malinga joining forces and plying their trades together, Mumbai probably has the best death bowling setup. They will be looking to go with an unchanged squad.

SRH will be finding it difficult to assemble their batting unit after David Warner and Jonny Bairstow have left for international duties. Manish Pandey’s return to form is a huge positive for them and there are certain chances that Martin Guptill will replace Warner in the side and on a beautiful batting track in Mumbai. However, part from that SRh don’t require further changes. 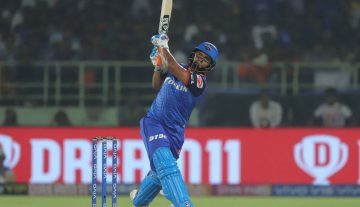