In the 35th match of the Indian Premier League (IPL) 2020 has the Kolkata Knight Riders (KKR) will be locking horns with the Sunrisers Hyderabad (SRH) at the Sheikh Zayed Stadium on Sunday. After a promising start to their IPL campaign, KKR has completely lost the track as they have registered two consecutive losses ahead of his game. A change in captaincy didn’t help as Eoin Morgan and co his men suffered a comprehensive loss to Mumbai Indians (MI) on Friday.

KKR will need their youngsters Shubman Gill and Nitish Rana to fire on all cylinders, along with Andre Russell, who is yet to get going in IPL 2020. On the other hand, for SRH, despite the heroics of Jonny Bairstow and Rashid Khan in IPL 2020, the Sunrisers have been dearly missing the services of Bhuvneshwar Kumar.

However, T Natarajan has been doing well in the slog overs. The Orange Army will be hoping for the southpaw to come good against KKR, especially with their hopes of making it to the playoff.s The previous IPL 2020 game between the two sides saw Shubman Gill star with the bat as KKR beat SRH by seven wickets. With both teams looking to boost their chances of a top-four finish, the fans will be expecting a cracking start to a double-header Sunday in the IPL.

With none of the players having much of a practice, Dinesh Karthik seems to be a better pick as he has been known for making a strong comeback and he will be much more effective on slow pitches this season. However, for SRH, Jonny Bairstow will be keeping the wickets as he is known for playing match-winning knocks, but in order to maintain the balance of the IPL Fantasy XI, Bairstow will tend to give more points.

Shubman Gill, Eoin Morgan, Manish Pandey, David Warner, and Priyam Garg have always been the prime contenders for the fantasy cricket. Even, Kane Williamson can also be added in fantasy cricket and that will depend on the balance of the squad. Apart from them, there are some useful batsmen in the line-ups as well, like Nitish Rana, and Tom Banton (if he plays).

ALSO READ: AB de Villiers Steals The Game Away From RR To RCB Over The Line

There are some really reliable all-rounders in both the teams but citing the slow pitch in Abu Dhabi, Vijay Shankar, Andre Russell, and Abhishek Sharma seems to be the perfect fit. Apart from them, the good all-rounders for IPL fantasy cricket are Sunil Narine and Abdul Samad.

Both the teams don’t have decent bowling line-ups but they have managed to do a decent job. Bowlers like Sandeep Sharma, Rashid Khan, Prasidh Krishan, Pat Cummins, and Varun Chakravarthy become the obvious choices for the IPL Fantasy XI on the sticky track of Dubai. Apart from them, some crucial bowlers can be like, Shivam Mavi, and T Natarajan 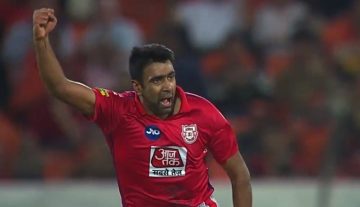