In the 35th match of the Indian Premier League (IPL) 2020 has the Kolkata Knight Riders (KKR) will be locking horns with the Sunrisers Hyderabad (SRH) at the Sheikh Zayed Stadium on Sunday.  SRH has played eight games in the season so far and managed just three wins out of it while suffering five defeats.

The latest of the defeats came against Chennai Super Kings (CSK), to chase down a decent target of 168 runs. As David Warner and his men getting ready to faced KKR they will be considering making some changes in their squad. On the other hand, KKR has had a

Kolkata Knight Riders got off to a poor start in Indian Premier League 2020 losing their opening game of the season against Mumbai Indians by 49 runs. Nothing clicked for KKR in the match – their star bowler Pat Cummins has been expensive, and the heavy-hitters failed to get the connection. Going into their second game of the season against SRH, KKR definitely needs to make a few changes in tactics.

It’s going to be quite a tricky decision to make at the toss for both the captains Abu Dhabi, where teams have started chasing down the targets quite comfortably. But it is a day game and that might prompt teams to bat first irrespective of the recent results.

If SRH decided to make changes, it can only be at number 6 where Priyam Garg hasn’t been amongst the runs after impressing early in the tournament against CSK. Abhishek Sharma can be expected to get back in the XI in case young Virat Singh doesn’t get to make his debut.

Nitish Rana has scored only 155 runs this season but KKR might want to give him a longer rope. Perhaps, it wouldn’t be a bad idea to add Lockie Ferguson to the pace attack with Cummins & other fast bowlers. struggling for wickets especially with a cloud hanging over Sunil Narine’s availability. 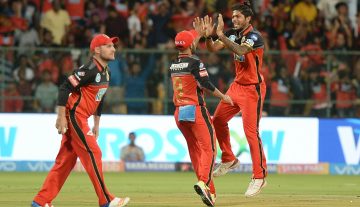