The intensity of the Indian Premier League (IPL) 2020 action has been increasing with each passing match and it will be further intensified when two big teams, Chennai Super Kings (CSK) and Delhi Capitals (DC) will be locking horns with each other at the Dubai International Cricket Stadium. Despite being bogged down by a few personnel and form concerns, CSK won their first match against Mumbai Indians (MI). However, Rajasthan Royals (RR) spoiled the party for CSK earlier this week in Sharjah.

Although they will be missing Ambati Rayudu and Dwayne Bravo for this game, the Super Kings are well-equipped in all departments under the captaincy of MS Dhoni. Their opponents, Delhi Capitals had Marcus Stoinis to thank for their thrilling Super Over win against Kings XI Punjab (KXIP) last week. Despite getting the crucial win, there is a lot of room for improvement in the batting unit of DC with Shimronf Hetmyer and Prithvi Shaw eyeing a return to form in this fixture.

As for DC’s bowling unit, all eyes are on Ravichandra Ashwin, who got injured in the last game. CSK will have fond memories of facing the revamped Delhi franchise with the Dhoni-led side beating DC on three occasions in IPL 2019. However, Delhi Capitals have added much-needed experience to their roster and might even head into this game as slight favorites.

The second-highest run-scorer in IPL 2020, Faf du Plessis will be facing one of the finest modern-day pacers, Kagiso Rabada and it promises a lot on paper. The former South African skipper is in teh form of his life as he would be looking to continue it against DC. Faf has a decent IPL record and on the other hand, Rabada helped Delhi to win their last game in super-over.

Apart from being genuinely quick, Rabada will be playing the role of a wicket-taker. He claimed 60 wickets in international cricket in 2019. In IPL 2019, Mohammed Shami had picked up 25 scalps at a strike rate of 12. He will be looking forward to making an impact for sure.

The flamboyant DC skipper, Shreyas Iyer played a crucial role in his team’s batting outfit last year. His stunning numbers in 2019 reveal the kind of impact he had on the tournament — 463runs at a strike rate of 120.  He would look to carry on from where he left off last year. While he was equally dangerous against pace and spin last year, his battle against slow bowlers on UAE surfaces would be interesting to watch.

The pitches at venues in the Middle-East make shot-making slightly more difficult, which is why someone like Deepak Chahar might trouble Iyer. The latter is leading an IPL franchise for the second season and he managed to keep his composure, it can be a huge blessing for the Delhi-based franchise.

This is a battle of unconventional cricketers, if we may call it so. The young wicket-keeper batsman, Rishabh Pant was the highest run-scorer for DC in the IPL 2019 as in 16 matches he had scored 488 runs at a strike rate of 162.66.

Pant’s battle with Lungi Ngidi promises to be an enthralling one as the latter has had a knack of taking crucial wickets more often than not. Chahal is one of the best bowlers in for slog overs, and Rishabh will have to bat at his sensible best to unsettle the Proteas pacer. 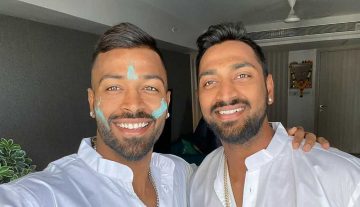